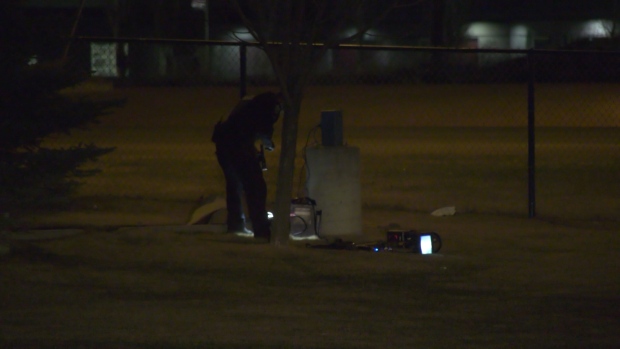 EDMONTON — A suspicious package that was found in the parking lot of CTV News Edmonton Sunday night was determined to be a battery, according to EPS.

The object was discovered around 9:30 p.m. and two unknown individuals were seen in the parking lot, according to building security.

Edmonton police were called in to investigate and the object was determined to be a car battery plugged into a block heater plug in the parking lot around 10:20 p.m.

The battery was covered by a piece of cardboard.

Traffic was blocked on parts of 184 Street around Stony Plain Road while EPS investigated.