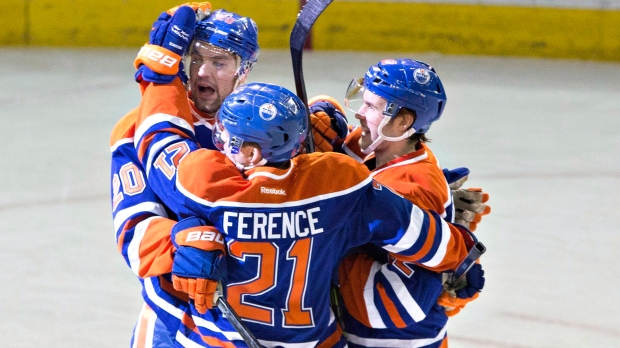 EDMONTON — The new face of the NHL according to TNT, and Milan Lucic, is now former Edmonton Oilers captain Andrew Ference.

On Tuesday, Turner Sports and ESPN became the new NHL TV rights holders in the United States for the next seven years.

That night, TNT promoted the new deal during an NBA post-game show with a graphic of Washington Capitals captain Alex Ovechkin and, well, not current Edmonton Oilers captain Connor McDavid.

“It’s just funny,” Ference, who was in the graphic instead, told CTV News Edmonton. “Obviously somebody did a quick Google search so honest mistake.

“I actually just got a text from Lucic. He said, ‘New face of the game, eh? I actually sent Connor a message today. I told him he’s gotta get a few more points before he hits the big time…it’s all good fun.”

Asked if he could name three NHL teams after the erroneous graphic was shown, Shaquille O’Neal named the New Jersey Devils, “California Kings,” and after some help, the Chicago…”Bruins” — no, “Blackhawks!”

“The California Kings? He’s gotta do better than that,” Ference joked. “He’s a sports guy. He should be able to rattle off a few more than that.”