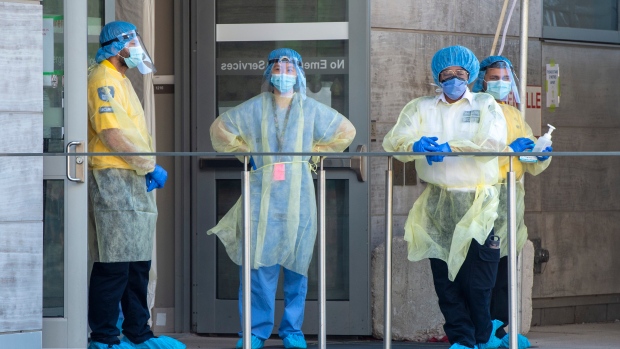 EDMONTON — Three Albertans under the age of 50, including a man in his 20s, were reported to have died due to COVID-19 on Wednesday, bringing the province’s death toll to 2,102.

Alberta has now recorded nine COVID-19 deaths in people under 30, and 21 deaths in individuals under 40.

The number of patients in intensive care units remains at near-record levels with 146 reported in ICU on Wednesday.

Earlier Wednesday the province announced it was expanding vaccine eligibility to all Albertans aged 12 and older.

Alberta remains first in per capita total cases, active cases and hospitalizations among all Canadian provinces and territories.