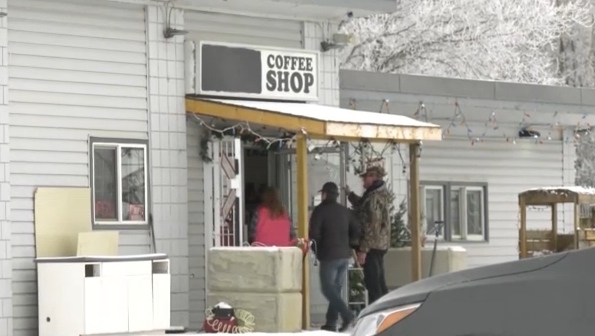 EDMONTON — Alberta Health Services (AHS) has further sanctioned a rule-breaking restaurant for an upcoming event it plans to host this weekend.

The Court of Queen’s Bench granted a pre-emptive injunction against the operator of Whistle Stop Café Thursday as the restaurant planned to host a rally over the upcoming weekend they were calling the “Save Alberta Campout Protest.”

According to AHS, the injunction defines the upcoming event as an illegal public gathering since it does not comply with public health restrictions on masking, attendance limits, and physical distancing.

“The order restrains the owner and others from organizing, promoting and attending the event and includes police enforcement and imposes significant consequences on the organizers of this event,” AHS said in a statement to media.

“AHS has taken this step due to the ongoing risk to Albertans created by those breaching COVID-19 public health restrictions.”

On Wednesday, AHS said it had “physically closed” the café and “prevented access to the building until the operator can demonstrate the ability to comply” with public health orders.

AHS said that it had made “every effort” to collaboratively work with the café near Mirror, Alta. prior to issuing the pre-emptive injunction.

The court order applies against all other organizers of advertised illegal gathering and rallies that breach COVID-19 public health orders, AHS says.