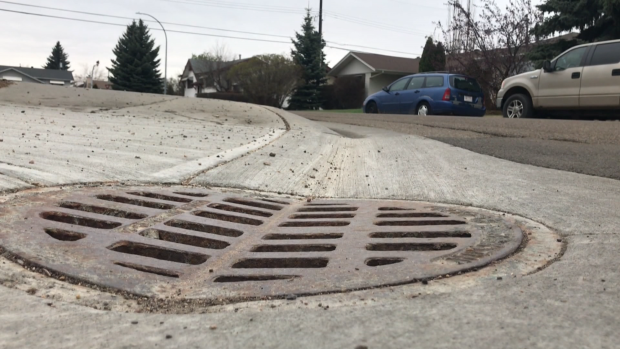 EDMONTON — EPCOR is issuing a warning to Edmontonians to watch their step after hundreds of storm water drain covers have gone missing.

More than 200 missing covers in east Edmonton have been reported to EPCOR over the last three weeks, leaving exposed curbside holes in many neighbourhoods.

EPCOR said in a press release that the covers have been “purposefully removed.”

Crews are working to replace the missing drain covers and Edmonton police have been notified.

“The removal of these covers exposes the infrastructure below so it becomes fully accessible, which creates a significant safety hazard for people, pets, and wildlife,” EPCOR said.

According to EPCOR, affected neighbourhoods include Ottewell, Holyrood, Argyll, Kenilworth, and Ritchie.

Anyone who sees a missing or dislodged drain cover should report it to EPCOR at 780-412-4500. EPCOR encourages Edmontonians to call 911 if they see someone removing a drain cover.