EDMONTON — A local actor has returned to her Italian roots and turned a pasta making hobby into a colourful and delicious business.

Gianna Vacirca worked as a stage actor for 10 years, but when the pandemic started, productions shut down and she found herself unemployed.

So in March 2020, she connected with family members in Italy and started making fresh pasta daily.

“I’ve made pasta my whole life, but I started to make pasta with a purpose,” said Vacirca.

“It made a huge difference in how I was able to get through those first couple months of the pandemic and still because I’m still doing it.”​

Her great aunt Gianna, the woman she is named after, was one of the relatives she reconnected with, and helped her come up with the name for the business.

Bell’uovo, translated to English means beautiful egg, started as a fundraiser for WinHouse. Vacirca said she was concerned with the rise in domestic abuse in Edmonton during the pandemic, and also had more pasta than she could possibly eat so it seemed like a perfect fit.

“I was able to sell a thousand bucks of pasta in like three days,” said Vacirca.

After the fundraiser, she didn’t stop making pasta.

Vacirca now sells the pasta through a mailing list. People signed up get a menu of what handmade pasta she’s making at the time to purchase from. She says she tries to make pasta shapes that aren’t as common in Canada.

Vacirca also says since she has so much time on her hands, she dyes her pasta different colours using all natural ingredients like turmeric, matcha, acai berry and beets to name a few. 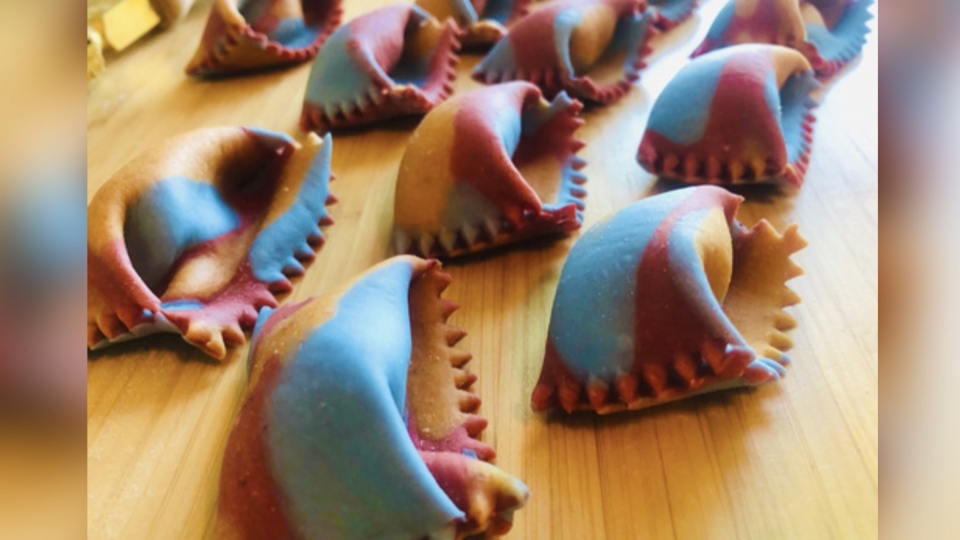 According to Vacirca, the average Nonna (Italian grandmother) making pasta for her family takes about two hours and they make it in a way Vacirca describes as “more practical.”

“So to do that I would say it would take me, I want to say six or seven hours to do what that Nonna did in two hours, to do six servings.”

She says the process of creating food from a few ingredients is a rewarding experience.

“We have such access to food now, all kinds of food from all over the world, and that’s amazing, but it does mean that our relationship with the food changes, and I was really craving a connection to my culture, and what is culture other than family and food and ritual.”

It was also a way to grieve the loss of many of her older Italian relatives, including her great aunt; family that Vacirca was hoping to meet and visit with in the coming years but never had the chance to because of the pandemic.

“It was my way of sort of integrating that loss into something that was beautiful and nourishing.”