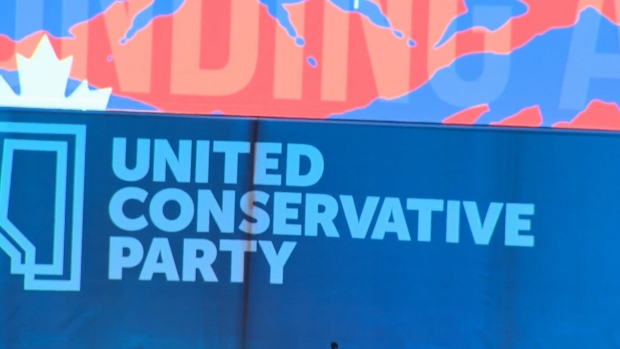 EDMONTON — The United Conservative Party (UCP) in Alberta has two fewer members within its ranks.

MLAs from the party voted to remove Drew Barnes and Todd Loewen from the government caucus.

“Members recognize the need for government caucus to remain strong and united behind our leader, Premier Jason Kenney, as we continue to fight through what looks to be the final stages of the COVID-19 pandemic and beyond,” party whip Mike Ellis said in a statement.

“There is simply no room in our caucus for those who continually seek to divide our party and undermine government leadership, especially at this critical juncture for our province,” Ellis added.

“We look forward to moving ahead as a stronger, more united team.”

Barnes signed a letter, along with 14 other UCP MLAs, back in April criticizing the government’s public health restrictions.

Kenney’s press secretary Jerrica Goodwin said in a statement that the premier is “proud” to stand with his caucus colleagues.

“The premier is proud to stand with his caucus colleagues and lead Alberta through the greatest health and economic crisis in a century. He looks forward to putting the COVID-19 pandemic behind us and working towards Alberta’s economic recovery.”

Barnes released a statement around two hours after the caucus decision saying he would remain the MLA representing Cypress-Medicine Hat as an independent.

“That has not and will not change,” he said.

“I am saddened by today’s events, but not surprised. Many members of caucus have tried, in vain, to help the premier make better decisions in recent weeks and months.”

The former UCP caucus member added that the party “was meant to be a team” tolerating debate and that it was supposed to be “the party of grassroots conservatives.”

“I could never abide by this – this is not why I entered politics – and this is not how a grassroots party is meant to work.”

Barnes also expressed concern that the vote to expel him and Loewen from caucus was not completed by secret ballot.