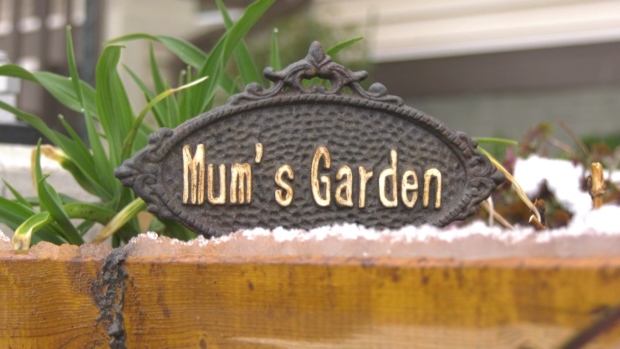 EDMONTON — If you forgot to protect your garden from Tuesday night’s blast of winter, there’s still hope for your plants, according to one garden expert.

Lesley and Murray Ivany knew snow was on the way but underestimated just how much would fall.

“We decided we’ll see what happens, we didn’t try to save anything,” said Lesley.

“We thought the snow would avoid us,” laughed Murray.

Like many Edmontonians, the Ivanys were outdoors enjoying the warm temperatures over the last week. Greenland Garden Centre Manager Tina Burback says they weren’t the only ones who planted early and were caught off guard by Tuesday night’s wintry surprise.

“I think even the most seasoned gardeners were surprised by the amount that stuck around,” said Burback.

Burback said the garden centre got a lot of calls Wednesday morning from gardeners concerned because they didn’t cover their plants.

Trees and shrubs and perennials will be fine says Burback, but if you planted annuals and tender vegetables (tomatoes, peppers) too early and didn’t cover them Tuesday night, you may see some damage.

“It’ll take a few days to see if there’s any damage; some will be fine and some you may have to pick up again,” said Burback.

Burback says frost damage will be very obvious to the naked eye. Foliage will be distorted and it can have some discolouration or black spots.

“I would give it a full week to see if maybe you could just pick off the affected growth, some of them may come through just fine,” said Burback.

The rain and snow was actually a good insulator for the plants, according to Burback. She also says to check your trees after a big snowfall, and shake the branches to prevent breakage of branches.

Since the snow melted throughout the day Wednesday, Burback says to make sure you cover your plants now if you didn’t before. If the temperature is below five degrees at-risk plants should be covered or brought inside.

She suggests using a light weight sheet or frost cloth from a garden centre, and bamboo stakes to hold up the sheet so it doesn’t crush your plants.

Burback says not to use plastic to cover your plants.

“If it’s sitting on the foliage can actually do more damage than good, it can actually freeze against that [plant],” said Burback.

The plants Burback says you should wait until after the long weekend to plant are tender vegetables and perennials, trees and shrubs that have just left the greenhouse.