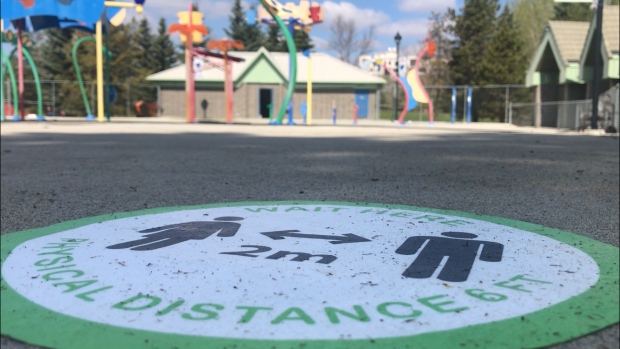 EDMONTON — For the first time since March this year, Alberta reported less than 600 cases of COVID-19.

The province released the numbers in a website update Sunday. Only 563 new cases of COVID-19 were reported Sunday after completing 6,944 tests.

Six more people have died from COVID-19, raising the province’s total deaths to 2,176.

For the past seven days, the rolling average for provincial positivity was 8.91 per cent – an average not seen since the start of April.

There are 581 in hospital throughout the province, the lowest number since April 23.

The number of people in ICU dipped to 162, a decrease of 16 patients since Saturday.

Last week there were 647 people in hospital and a pandemic high 186 people in ICU.

The Edmonton zone leads the province for patients in ICU with 71 as of Sunday. The Calgary zone has 56 while the North zone has 15. The Central and South zone have 15 and 9, respectively.

The Calgary zone leads Alberta in terms of hospitalizations, with 225. The Edmonton zone has 199 while the North zone has 66. The Central and South zone had 52 and 39 patients, respectively.

As of Saturday, over 2.5 million doses of vaccine have been administered in Alberta with approximately 351,541 people being fully immunized – or 7.9 per cent of the population.