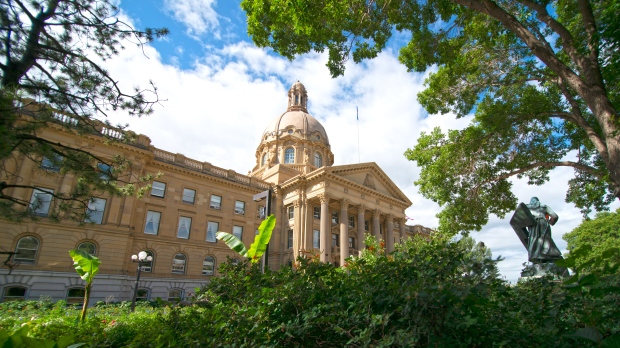 The first stage will begin June 1, two weeks after Alberta marked the milestone of immunizing half of its eligible population 12 and over with at least one dose of COVID-19 vaccine. The other part of this threshold is for Alberta to have fewer than 800 total hospitalizations. According to the latest data, there were 565 Albertans in hospital with COVID-19.

Starting June 1, outdoor gatherings of up to 10 people, outdoor patio dining by members of the same household, and personal and wellness service appointments can all resume.

As well, wedding ceremonies will be allowed to have 10 people (including the marrying partiers), and funeral services are permitted to host 20.

Retail service capacity will move back up to 15 per cent of fire code capacity, too.

Masking and physical distancing rules will remain in place.

The government expects to move to Stage 2 in mid-June and Stage 3 at the end of that month or early July.

Each stage will start two weeks after another vaccination milestone:

Currently, 57.7 per cent of eligible Albertans have received at least one dose of vaccine.

Stage 2 will see gathering limits begin to decrease and indoor capacity expanded again in a number of sectors. The work-from-home order will be lifted but remain a recommendation. Outdoor gatherings – including events like concerts and festivals – will be capped at 150 people, except grandstands will be limited to one third of seating capacity.

The province says all restrictions will be lifted in Stage 3, when 70 per cent of the eligible province has received at least one dose.

Whether the rules stay relaxed depends on the progress to get Albertans fully immunized, the government said.

Officials added they will be monitoring the reopening plan as it moves forward and could pause it to “respond to COVID-transmission trends at regional or provincial levels.”

Albertans will learn Wednesday what the province’s benchmarks to reopen are.

Premier Jason Kenney is slated to speak in Edmonton at 11:30 a.m.

He will be joined by Health Minister Tyler Shandro and Jobs, Economy and Innovation Minister Doug Schweitzer.

A government announcement said they would give an update on COVID-19 and “opening for summer.”

The phases of reopening are expected to be tied to specific benchmarks, with vaccination and hospitalization rates playing a role.

The day before, Alberta added fewer than 500 new cases of COVID-19 for a second straight day, reporting 387 new infections.

Nine more Albertans, ranging in age from their 40s to 80s, were also reported to have died Tuesday. There have now been 2,192 deaths due to COVID-19 in Alberta since the start of the pandemic.

Active cases fell for a 15th straight day, down to 12,078, about where the active case count was near the end of the first week of April.

There are 565 COVID-19 patients in hospitals, including 158 in intensive care units.

“The numbers show that our collective efforts are making a difference,” Chief Medical Officer of Health Dr. Deena Hinshaw said.

Nearly 2.2 million Albertans, or about 49.2 per cent of the population, have now received at least a first dose of COVID-19 vaccine and more than 354,000 are fully immunized.

This is a developing news story. More to come…