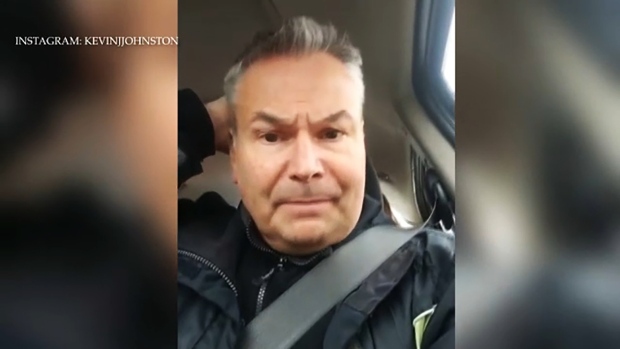 CALGARY — A registered candidate for mayor in Calgary’s fall municipal election has been arrested after allegedly verbally abusing staff at a downtown shopping centre on the long weekend.

Police say 49-year-old Kevin J. Johnston entered the CORE Shopping Centre in downtown Calgary on May 22 without a face covering and became verbally combative with employees — primarily young people working alone or in small groups — who asked him to wear a mask.

There were multiple altercations reported in the mall and significant safety concerns for the workers.

According to police, Johnston would leave each store following the initial dispute, return with a group and proceed to harass the staff.

A warrant was issued for Johnston on a charge of causing a disturbance. He was arrested by Edmonton Police Service members on Wednesday.

Johnston has been charged for being part of an illegal public gathering in contravention of the Court of Queen’s Bench Order. An injunction was granted to Alberta Health Services over threatening comments he made in a podcast.

He faces charges in connection with an alleged assault of a grocery store worker in Dawson Creek, B.C. earlier in the year.

In May 2019, the Ontario Superior Court ordered Johnston to pay $2.5 million in damages to the owner of a chain of Middle Eastern restaurants in a defamation case regarding racially-motivated attack videos Johnston posted to his website.