Fire crews were dispatched after a garage fire was reported at 1:37 p.m. Friday in the area of 85 Street and 179 Avenue. Edmonton Fire Rescue Services (EFRS) arrived within five minutes with approximately 35 to 40 firefighters. 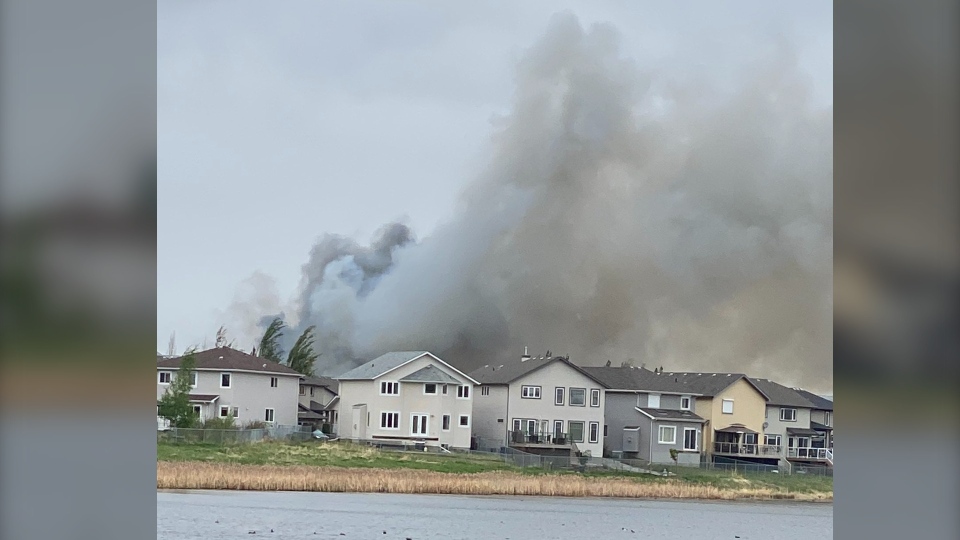 Neighbouring homes were evacuated and everyone was able to get out safely, said Brittany Lewchuk, EFRS communications advisor.

EMS assessed two people on scene and transported them to hospital with burns.

According to Lewchuk, three homes are a “total loss” and a garage is heavily damage. At least four other buildings have exterior damage to their siding from the flames.

Firefighters brought the blaze under control at 2:36 p.m. Crews remain on scene as they extinguish hot spots, Lewchuk said.

Tod Roberts, EFRS district chief, told CTV News Edmonton in an interview crews believe the fire started in the garage of the middle house of the now destroyed three homes.

“By the time the fire was called in it was already significantly going,” he said. “We did not get a call for an initial small fire. Neighbours spotted a fire that was well underway already.

“The fire quickly grew,” he said. “Once the houses burned up, we were able to get control fairly quickly.” 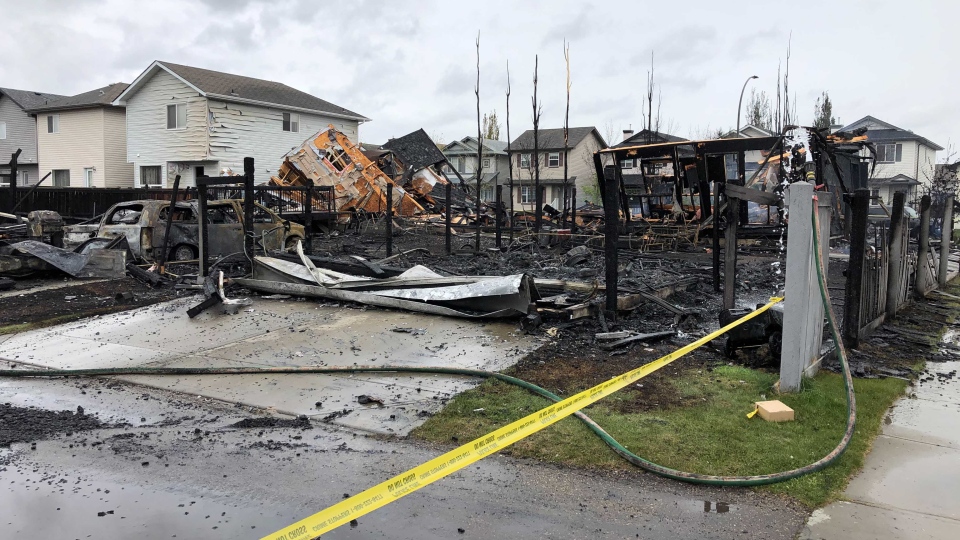 He added that the wind propelled flames toward the other structures.

“The wind was entirely the game player here. Without the wind it would have been a different outcome for sure.”

Investigators are on scene searching for a cause.