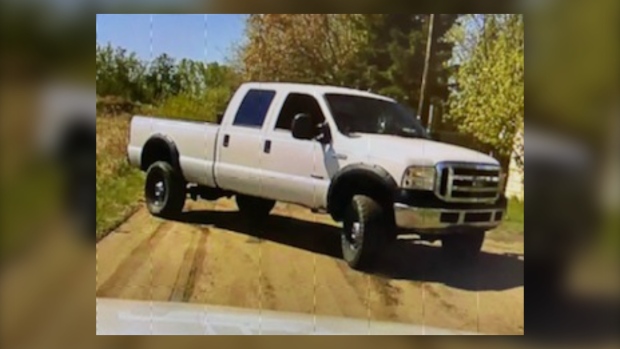 EDMONTON — An RCMP officer’s vehicle was rammed as they conducted a traffic stop Saturday.

RCMP say they were responding to a call at around 10 a.m. Saturday about a stolen vehicle in an alleyway near 47 Street in Cold Lake. Police initiated a traffic stop but the truck they intended to stop rammed their vehicle multiple times.

During the incident, the officer fired their weapon at the truck before it fled the area.

Mounties tried to locate the vehicle, even dispatching for a police helicopter to aid in their search.

Police believe the driver to be a male and that there was a female passenger in the truck.

Officials are unsure if any of the two occupants of the truck suffered any injuries.

The officer who had their vehicle rammed suffered minor injuries and was released from hospital.

The last time the truck was seen it was heading northbound on Highway 28. Police describe it as a white Ford F-350 four-door truck with a beige tailgate and black fender flares. The truck also has a dark-coloured slip tank in the back.