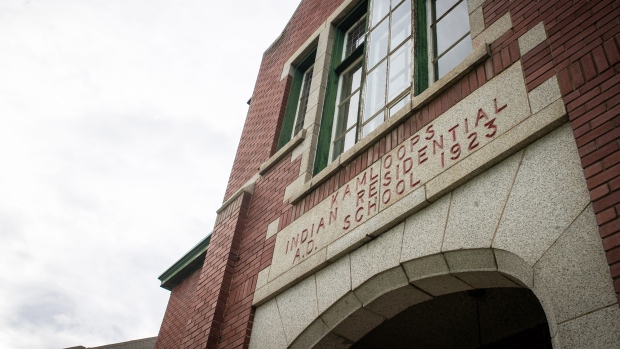 TORONTO — The RCMP has opened an investigation into the site of a former residential school in Kamloops, B.C., after the remains of 215 children were found using ground-penetrating radar.

In a statement to CTV News, Staff Sergeant Bill Wallace, detachment commander with the Tk’emlúps Rural RCMP, confirmed that officers have opened a file in the case, but that Tk’emlúps te Secwépemc First Nation remains the lead official in the matter.

“The Tk’emlúps Rural RCMP has attended the site, participated in meetings, and will continue working closely with the Tk’emlúps te Secwépemc community leaders in determining the next steps and the best way to be involved in any investigative avenues explored going forward,” Wallace said in the statement.

“Any further actions will be taken in consultation with the Tk’emlúps te Secwépemc First Nations.”

Former Truth and Reconciliation Commission chair Murray Sinclair, who was told about the RCMP investigation before it was announced publicly, criticized the police force’s early tactics in the investigation as a “typical heavy-handed” approach.

“I understand in British Columbia — I got a call earlier this morning in fact — that the RCMP now have declared that there’s a major investigation that’s going to occur into the bodies that have been located in Kamloops,” Sinclair said during the hearing.

“They’re now beginning to question those who have made this story available and unfortunately, (in a) typical heavy handed and ham-handed police way, they are simply intimidating people, rather than helping them.”

Wallace said that officers will be “supportive, respectful, and culturally sensitive to the Indigenous communities that are impacted” while they assist in the next steps.

Last week, Tk’emlúps te Secwépemc First Nation in Kamloops announced that it had found the remains of 215 children at the site of the former Kamloops Indian Residential School, which operated between 1890 and 1978, housing as many as 500 children at its peak.

In the days following the discovery, Indigenous leaders, politicians and residential school survivors called on the federal government to investigate the locales of other former schools for similar unmarked graves.

On Wednesday, the federal government announced that $27 million of already announced funding is now available to help First Nations communities locate and memorialize children who died in the residential school system.

On Thursday, Murray also called for an independent investigation into the Kamloops burial site, as well as other burial sites that may exist at other residential schools in Canada.

“In order for us to deal with this properly, we need to ensure that there is an independent study that is done into that question of those burial sites, where they are and what the numbers are going to tell us,” he said.