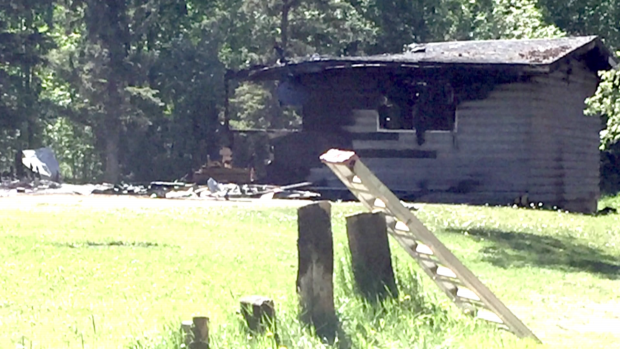 On Wednesday morning at around 11 a.m., RCMP received a call about a house fire in the Buck Lake area.

Cpl. Mike Hibbs with RCMP Media Relations told CTV News Edmonton that when officers arrived on scene the home was engulfed in flames.

“We couldn’t access the house because of the intensity of the fire,” he said.

Hibbs said two bodies were recovered from the charred wreckage of the home.

Mounties have sent the remains to the medical officers’ office for identification.

The RCMP Major Crimes Unit is investigating the fire to determine if the fire was a criminal act.

Residents in the area told CTV News Edmonton that they had seen RCMP in the area around the now burned-out home in the days before.

Pat Hauser, who runs the resort at Hauser’s Cove alongside her husband, said police were actually watching the property in the hours before the smoke was seen and that there had been other recent fires as well.

RCMP did not comment when asked about police activity in the area prior to the flames.

“It’s very troubling to think that two little ones may have passed away,” Hauser said.

“To think that it wasn’t possible to grab the little ones,” she added, “is awful.”