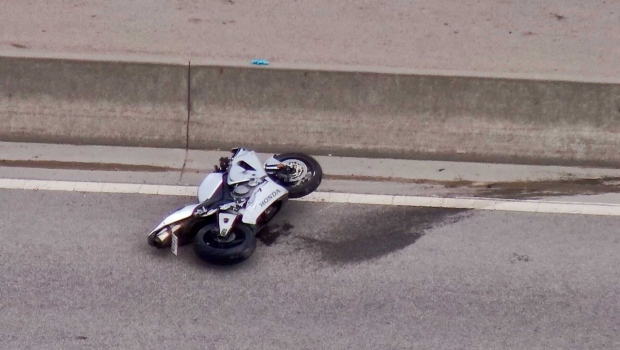 EDMONTON — A 24-year-old man is dead after he crashed his motorcycle on the Yellowhead Trail Wednesday morning, the Edmonton Police Service said.

Police were called to Yellowhead and Fort Road just before 11 a.m. after the man lost control of his gray Honda motorcycle and hit a pole.

The 24-year-old died in hospital.

Speed is believed to be a factor, police said, and the crash remains under investigation.