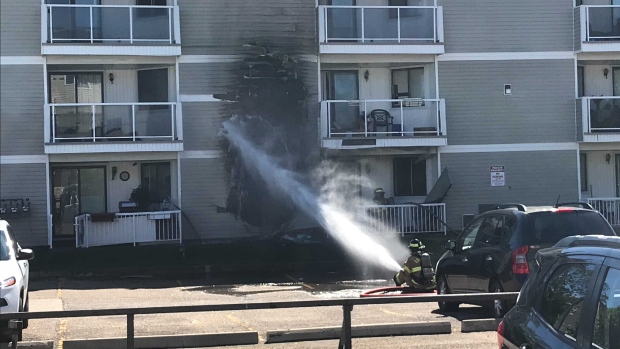 Edmonton hazmat and fire rescue crews arrived to the scene just after 10 a.m. and evacuated the apartment building as a precaution. Officials said 15 people were inside.

The leak led to an explosion, sparking a fire while rescue crews were on scene. Eight to 10 trucks responded to get the blaze under control.

Fire rescue crews told CTV Edmonton only one person at the scene was assessed for injuries. That person was not taken to the hospital and no serious injuries had been reported at this time.

The fire was put out just after 11:30 a.m., although crews remained on scene later.