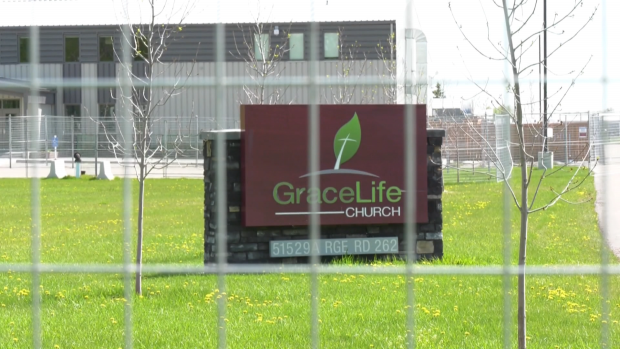 EDMONTON — Lawyers for GraceLife Church are trying to get the building back from the province.

The church, pastor James Coates, and three members of the congregation have filed a court application against Alberta Health Services, the health minister and chief medical officer of health, the Justice Centre for Constitutional Freedoms announced Thursday.

Fence went up around the property in Parkland County in the early hours of April 7 after months of public health order violations.

The church’s lawyers say this has prevented the right to worship and assemble, although the congregation has continued to meet in secret locations.

AHS says the matter will likely be heard within a few weeks.

Earlier in June, a judge dismissed a Charter challenge by Coates. The Justice Centre said it planned to appeal the decision.