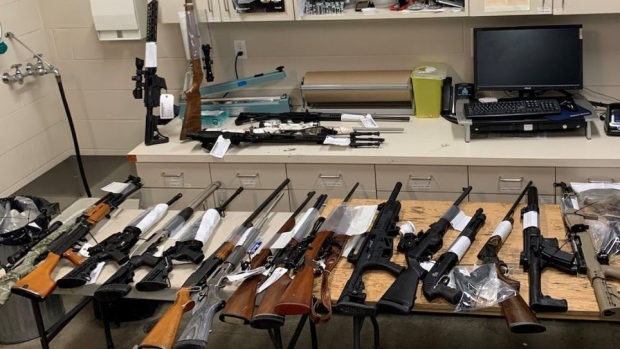 EDMONTON — A 41-year-old from Grande Prairie is facing several firearm-related charges in connection with a disturbance at a school.

RCMP responded to a complaint of someone causing a disturbance near a school in the area of 108 Avenue and 104 Street in Grande Prairie on Tuesday afternoon.

Officers arrived and located a man outside the school who was arrested.

After completing a search of the man’s vehicle, RCMP say they seized a loaded handgun, a machete, an axe, and two loaded handgun magazines.

Mounties say a search of a residence within the County of Grande Prairie led them to seize another 28 firearms, including both long guns and handguns, approximately 10,000 rounds of ammunition, and multiple firearm magazines.

Howarth remains in police custody and is scheduled to appear in Grande Prairie provincial court on June 14.