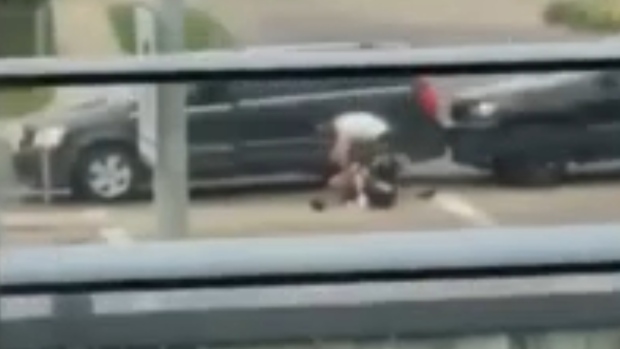 EDMONTON — Police believe the man charged with assault after a fight in the middle of a north Edmonton road thought he was beating up someone he knew.

A 34-year-old driver was honking his horn and flashing his lights at a 39-year-old driver in the area of 167 Avenue and 88 Street on June 3, the Edmonton Police Service told CTV News Edmonton.

The 34-year-old man eventually struck the 39-year-old man’s van, got of out of his vehicle and assaulted the driver, EPS said.

The 34-year-old man was charged with assault causing bodily harm, EPS said. The victim suffered a broken nose and stiches.

Police believe the assault was a case of mistaken identity.

Last week, two drivers were charged after a road rage fight in the Leduc area.