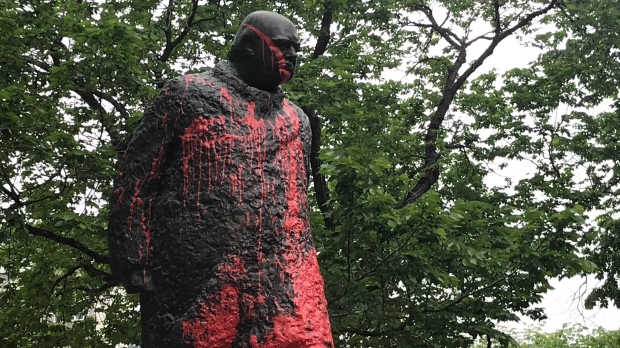 EDMONTON — A statue of Sir Winston Churchill that sits in the downtown Edmonton square that bears his name has been vandalized and left partly covered in red paint.

Police say they received a call about the vandalism around 10:45 a.m. on Thursday.

Estimates for time and cost of a clean-up have yet to be determined.

Churchill is revered by many for his role as Britain’s prime minister during the Second World War and leading the country to victory over Nazi Germany.

But he also harboured inherently racist views and drew criticism for his defence of the colonial British Empire.

Similar statues in London and Canada have been defaced or boarded up within the past year.