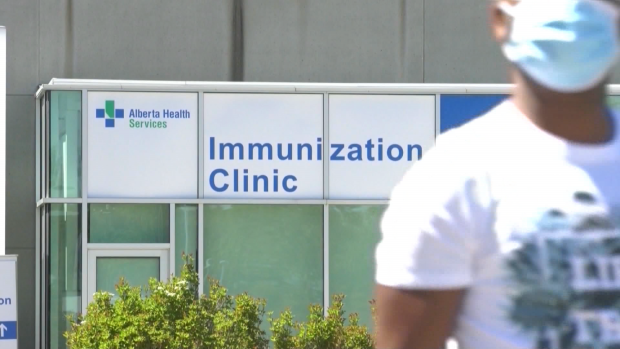 EDMONTON — Alberta’s premier is set to make a reopening announcement Friday afternoon, expected to be confirmation whether or not the province will drop most COVID-19 restrictions in two weeks.

According to Jason Kenney’s government’s “Open for Summer” plan, the province will move to Stage 3 of reopening two weeks after having 70 per cent of the eligible population vaccinated with at least one dose.

Data on case counts and immunization progress is reported one day later. On Thursday, officials said Alberta sat at 69.9 per cent, up from 69.7 per cent the day before.

Kenney said earlier in the week that in order to have fully open Canada Day celebrations, the province needed to reach 70 per cent by Thursday, June 17.

That data will be reported Friday.

Watch the news conference with Kenney live on CTVNewsEdmonton.ca at 1 p.m. MDT.

In Stage 3, Alberta will lift most public health orders except isolation requirements for confirmed COVID-19 cases and some measures in health care settings.