CALGARY — City police say they are staying in contact with a woman who was inadvertently bitten by a police dog during an incident at the Calgary Zoo Saturday.

The suspects had fled prior to CPS arriving at the scene, officials say, but the Chestermere RCMP notified CPS about a stolen truck heading back towards Calgary. It was believed that it was connected to the previous incident, so HAWCS tracked its movements.

Police say the suspect vehicle drove towards Airdrie for a short period before finally turning back towards the city of Calgary.

Once the suspects stopped the truck in the parking lot of the Calgary Zoo and attempted to flee on foot, that’s when two CPS police dogs were deployed to assist in the arrest of the five fleeing suspects.

“One dog was successful in an immediate apprehension. In the process of chasing one of the suspects, the other dog contacted a bystander leading to a bite injury,” police said in a release. “The CPS canine unit handler immediately went to the aid of the bystander and waited with them while they were treated by EMS and later transported to hospital for treatment for their injuries.”

All five suspects were ultimately arrested and taken into custody. One of them, a male in his late 30s, suffering injuries associated with a dog bite.

Officials say the injured bystander is being given access to supports and resources to assist in their recovery.

“Our PSDs and their handlers undergo extensive training in how to appropriately respond to complex situations to ensure public safety, especially during high-risk calls.”

An animal expert who has experience in canine behaviour and psychology says it is highly unlikely that the police dog involved in the incident had any aggression or other issues.

It is more likely to be the result of something called “trigger stacking.”

“So there can be multiple triggers, multiple situations in the environment that you could have one situation where the dog is okay with this and then something else happens and all of a sudden these hormones start to rise with dogs. It’s the same with human beings,” says Kristen Rose, certified canine behaviour consultant with Canine Minds & Manners.

“Maybe you could deal with backing up in traffic for a normal day, but if you’ve had several other things go wrong, suddenly you’re angry in backed up traffic. Or maybe you make poor decisions based on what else has happened during the day?”

She says police animals, just like their handlers and other officers, are places in stressful situations on a regular basis, so it’s unwise and even unfair to jump to conclusions and place blame.

“It was just a mistaken identity – that happens with the actual police, the human police, where they overreact according to the public but the public wasn’t in that situation either,” Rose said.

“I think it’s not a great idea to start judging and pointing fingers. Stand back, take a deep breath and let the police service do what they do. They are also trained handlers and experts.” 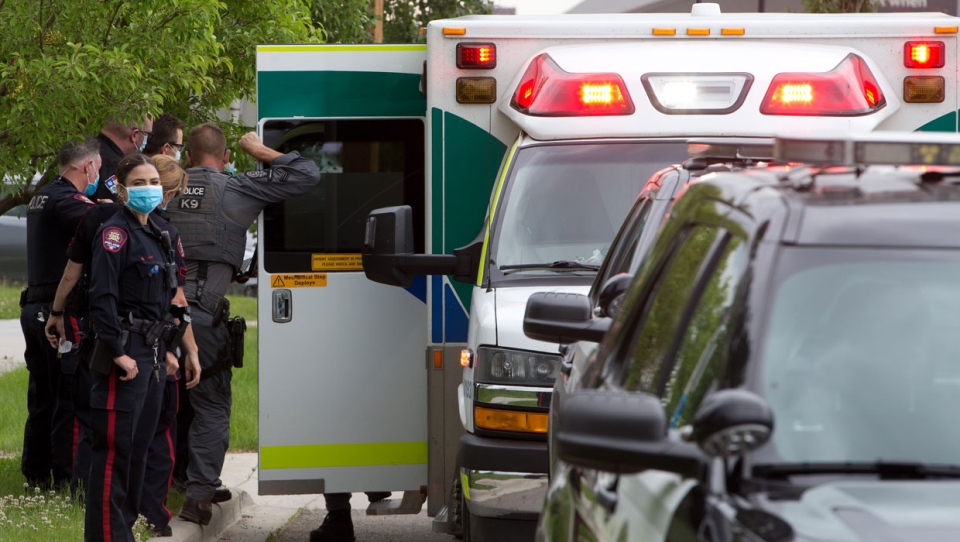 NO BEHAVIOUR IS 100 PER CENT

Rose says more training could always help in situations, especially when it comes to police dogs, but animal behaviour can never be guaranteed.

“At the end of the day no behaviour is ever going to be 100 per cent,” she said.

(With files from Mark Villani)