EDMONTON — The wildfire detected in Yellowhead County on Tuesday afternoon is still burning out of control a day later, Alberta Wildfire says.

The wildfire, currently nine kilometres west of Evansburg north of Highway 16 and west of Highway 22, grew from 125 hectares to an estimated 180 hectares overnight. 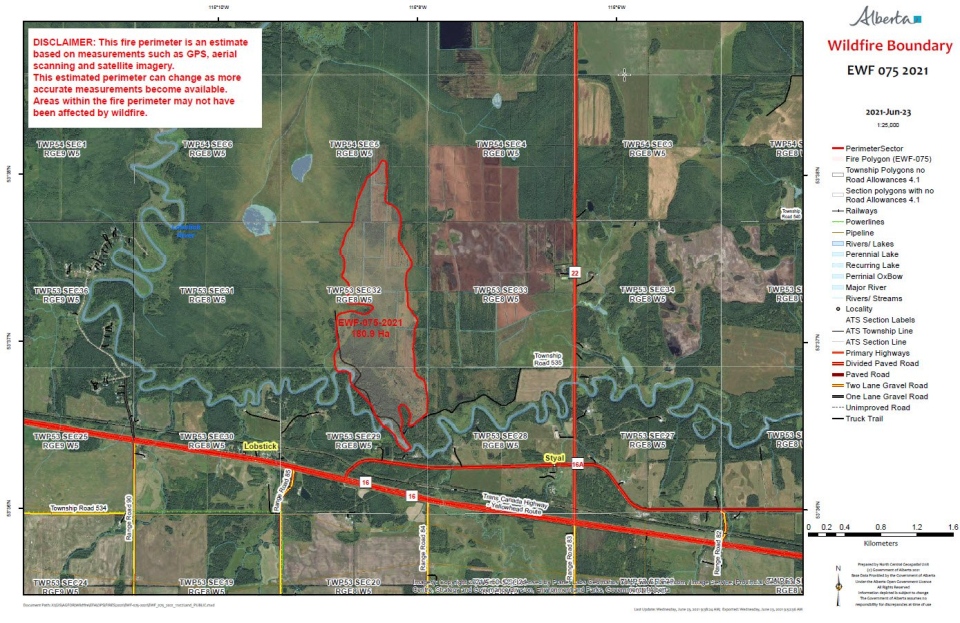 More than 30 firefighters, six air tankers and four helicopters are working to extinguish the wildfire on Wednesday, with warm and windy weather expected throughout the day.

Fifty residents had to leave their homes behind when an evacuation order was put in place after the wildfire broke out.

“By the time I got too close to where I could see smoke half a mile from the house, they turned us back and said, ‘You got to evacuate now,'” George Hyshka told CTV News Edmonton at the Evansburg Arena, where an evacuation centre was set up. 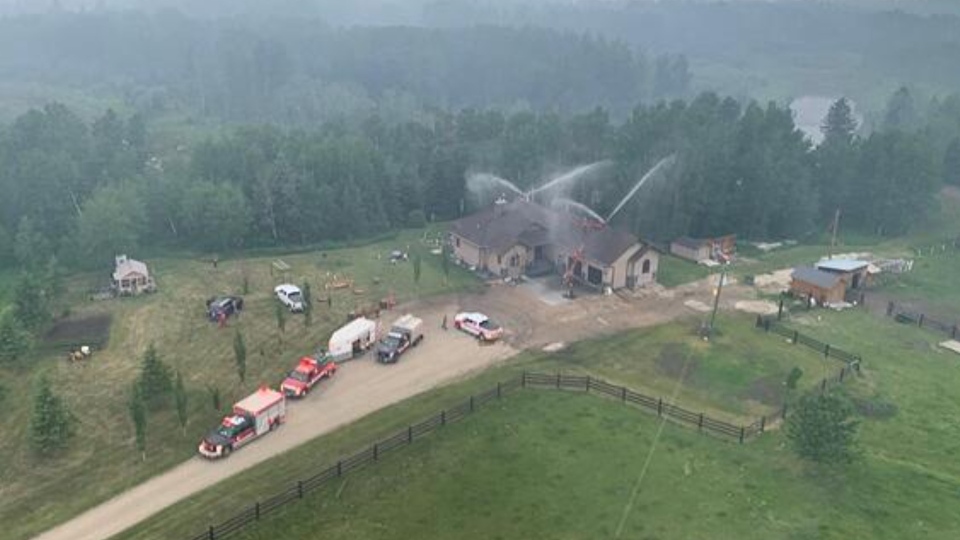 No injuries or destroyed structures have been reported.

“We’re confident that we have the right resources to get this fire under control in a timely manner, but everyone in the area should remain on high alert.”

At 7 p.m. Wednesday, residents in the evacuated area were allowed to return home. Officials say residents are still on evacuation alert and should be ready to leave at a moment’s notice if conditions change.

Highway 16 is open to traffic in both directions but there is an advisory for reduced visibility between Highway 22 and Highway 753 due to smoke from the wildfire.

Highway 16A is closed to traffic with the exception of evacuated residents.

For up-to-date traffic information in the area of the wildfire, visit 511 Alberta.

The Edson Forest Area is under a fire advisory, where all existing burn permits other than burn barrels are currently cancelled. Safe wood campfires and backyard fire pits are allowed.

Evansburg is around 100 km west of Edmonton.