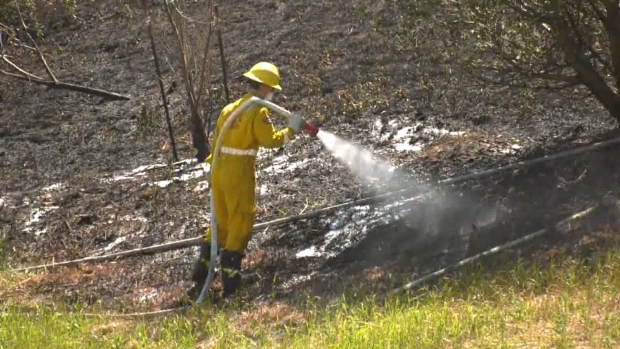 Crews were called to a grassfire at Calgary Trail and 23 Avenue just after 2 p.m. on Wednesday.

Approximately 30 firefighters arrived to the scene, and later extinguished the grassfire in south Edmonton.

There were no reported injuries or road closures caused by the fire.

The temperature at the time in Edmonton was 36 C.

Firefighters constantly monitor their temperature and make sure to stay hydrated.

Edmonton Fire Rescue crews have responded to a total of 10 grassfires since Sunday, June 27.