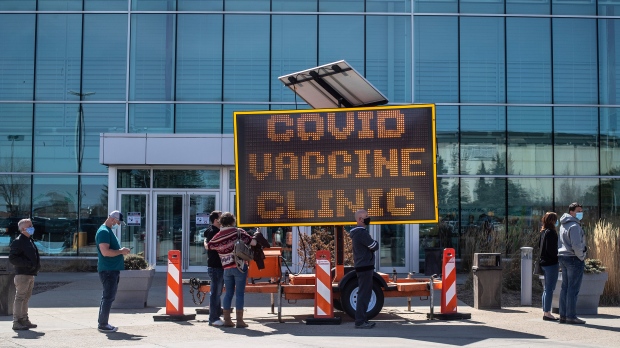 EDMONTON — Alberta reported 110 new cases of COVID-19 over the last two days as the province’s active case count fell below 1,000 for the first time in nearly a year.

The province provided updated data for the last two days on Friday after taking Canada Day off.

The province administered just over 1,900 first doses of vaccine on the holiday Thursday and more than 28,000 second doses.

Just over 73 per cent of eligible Albertans have now received a first dose and 44.8 per cent are fully vaccinated.

The number of COVID-19 deaths in Alberta remains at 2,301 after one more death was reported Friday. One death was also removed after it was later deemed to be not due to COVID-19.

The province reported an 0.69 per cent test positivity rate based on about 5,500 tests.

Alberta’s COVID-19 data will next be updated Monday afternoon.