EDMONTON — For the third time in as many tries, Edmonton city councillor Mike Nickel escaped sanction by his colleagues at City Hall on Monday.

The 8-3 vote in favour of censure came after councillors heard from the city’s integrity commissioner that Nickel had breached their Code of Conduct when he published derogatory social media posts about Coun. Andrew Knack in April.

If the motion to censure had passed, Nickel would have been reprimanded publicly on record by city council.

Integrity commissioner Jamie Pytel told councillors her investigation into Nickel’s Apr. 12 and Apr. 13 social media posts found them to be in violation of the Code of Conduct’s retaliatory section. She recommended censure.

In the Apr. 12 post, Nickel accused Knack of filing a complaint against him which led to the Ward 11 councillor’s first sanction hearing in 2020.

The post suggested Knack’s complaint was in response to Nickel’s criticism of his policy on bike lanes and called the subsequent integrity commissioner’s previous investigation a “$50,000 + stunt.”

“The Apr. 12 social media post where it suggests that this was a $50,000 stunt that was caused by Coun. Knack or his staff member is concerning,” Pytel said during her presentation to council on Monday afternoon. “It has the retaliatory nature to it.”

“Retaliation, for me, is the most serious breach of the code,” she later added, “and it brings the code to its knees.” 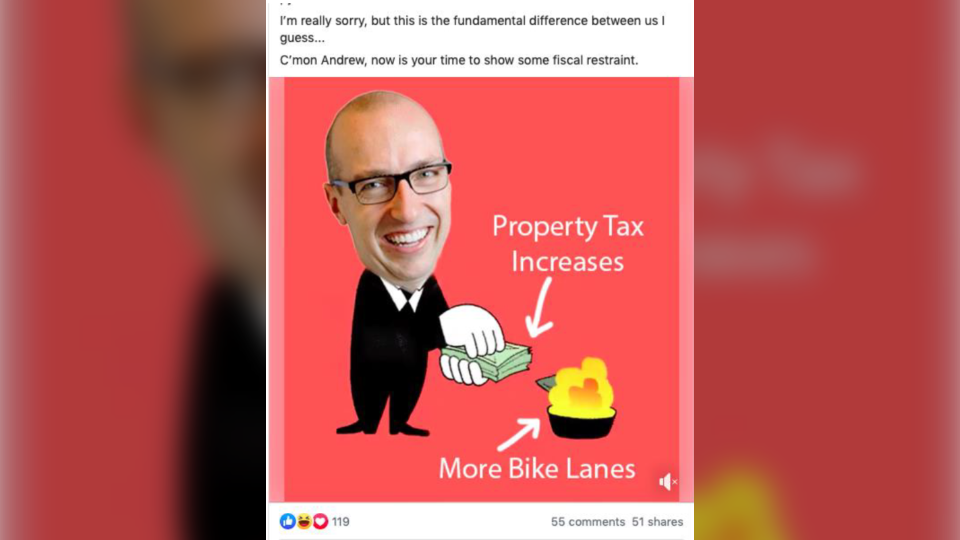 According to Pytel, Knack was not one of the 10 complainants to come forward with concerns that led to Nickel’s first sanction hearing.

‘I AM CONCERNED ABOUT THE MESSAGE THIS SENDS’

Before Monday’s proceedings began, Iveson handed the meeting’s chair position over to Ward 9 Coun. Tim Cartmell to avoid the appearance of a conflict of interest.

“This is not about free speech,” the mayor told city council before its vote. “When speech includes misinformation and intimidation, it is unprofessional and it is damaging.”

“It’s concerning to me that council couldn’t bring itself to hold this bullying behavior to account, and I am concerned about the message this sends to City of Edmonton employees, as well as people running to join city council,” it read in part.

“I thank the majority of council who stood up today against bullying behavior, who stood up for workplace safety at the City of Edmonton, and who stood up for our Council’s Code of Conduct, even if Council couldn’t reach the 9 votes required to confirm the integrity commissioner’s censure recommendation.”

‘THE PUBLIC WILL MAKE THAT FINAL DETERMINATION’

Before voting against censuring Nickel, Ward 7 Coun. Tony Caterina explained that he did not believe his fellow councillor’s actions warranted such a severe penalty.

Caterina expressed concerns about the way some colleagues had framed what a vote against sanctioning Nickel meant.

“When I hear a speaker say that if you vote no to this that means you have no feelings for anybody else, that’s a complaint in itself worth investigating,” he said.

“I do care about the 14,000 city employees that I work with,” said Caterina. “I think that all of this has been made so public to this point that I think one way or the other, regardless of censure or not, the public will make that final determination,” said Caterina.

Just as he did for his June 24 sanction hearing, Nickel sent his lawyer, Jonathan Denis, to represent him – and was absent himself.

Denis defended Nickel’s Apr. 12 and Apr. 13 social media posts and doubled down on the assertion that the integrity commissioner’s previous investigation had cost taxpayers more than $50,000.

“The budget for the office of the integrity commissioner is $150,000 per reporting period, which is from Sept. 3 to Sept. 3 each year,” he said in front of council.

Denis, who attended the meeting remotely, left before taking any questions from councillors.

Nickel is one of 10 candidates running to be Edmonton’s next mayor.