EDMONTON — A fire at an under-construction home in central Edmonton is under control after flames broke out early Monday morning.

Crews with Edmonton Fire Rescue Service responded to a the area of 119 Avenue and 91 Street just after 5 a.m.

They managed to get the fire under control about a half-hour later though crews are still working to contain the scene.

No injuries were reported.

Edmonton Police have been called to investigate. 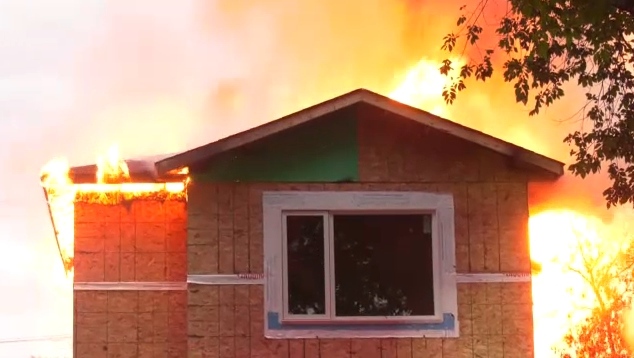