Katelyn Jones, a 21-year-old nursing student, was hiking with a friend in Maligne Canyon on July 3 when she slipped into a river while posing for a photo.

“It just happened so fast,” Jones recalled in an interview with CTV News Edmonton.

“Mentally I was thinking, ‘Oh my god, this is it. This is how I’m going to die, right?’” she added. “I saw the rock wall right ahead and the river’s flowing fast. I’m going like full speed.”

“We were there,” said Phil James, a Good Samaritan who helped pull her from the river. “It’s just pure luck.”

James and his family were a couple hundred metres downstream from where Jones went in. He recalled hearing a single shout for help.

“She came right by where I could literally just lean off a rock and grab her hand,” he added. “When you think about it, it’s so surreal.

Jones said she saw Phil out of the corner of her eye for a brief moment.

“He was still pretty high up,” she said. “I don’t even understand how he got there as fast as he did.” 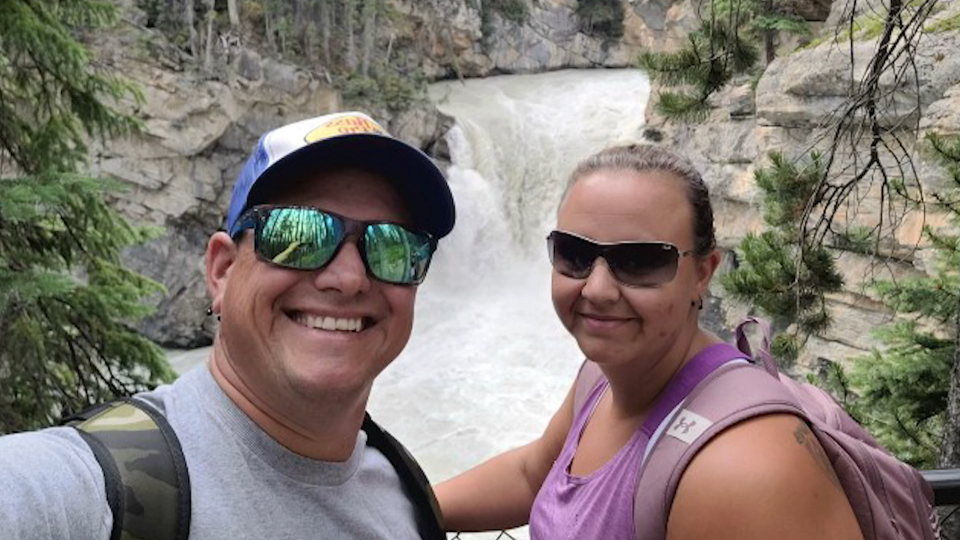 Rupert Wedgewood, Jasper National Park Rescue specialist, said there have been similar incidents to Jones’ that didn’t end with such a positive note.

“I hope (Jones) went and bought a lottery ticket after that because she was very fortunate,” the rescue expert said.

“People are at great danger when they’re within five metres of the shoreline,” he said. “The water levels are high right now. That is a direct result of glacial runoff and of alpine snow melting, so snow on the glaciers and high in the mountains.”

“The rivers were moving fast, some were starting to flood,” Wedgewood added. “While they have gone down slightly, they continue to be high.”

Wedgewood noted that there were three other rescues over the same weekend – excluding Jones.

One included a cliff jumper at Horseshoe Lake where a woman seriously injured her back.

“A lot of accidents happen close to the shore,” Wedgewood said. “We’ve had quite a few fatalities.”

The rescue expert who has been involved in search and rescues for over 31 years recommends visitors never go over barriers and always abide by park signs.

“Anticipate rocks to be slippery,” Wedgewood said. “The rivers can undermine the banks and so the banks can be unstable (themselves).”

Jones appreciates just how close she came to tragedy.

“It definitely changes your view on life and what you find important,” Jones shared. “I was so lucky.”