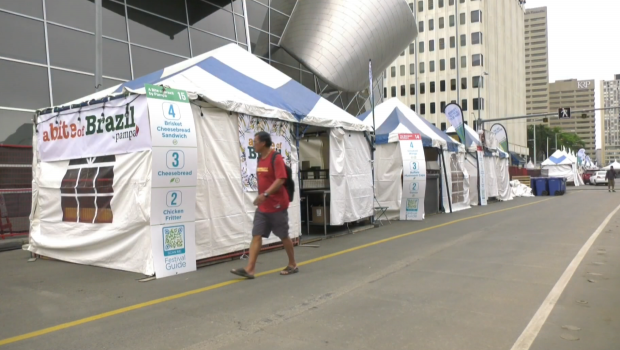 EDMONTON — Some local restaurants are choosing not to partake in this year’s foodie fest due to safety concerns and financial circumstances.

The annual food festival will be held at reduced capacity. Despite the festival being a favourite for many local restaurants, some businesses are choosing not to take part.

“I think Taste of Edmonton is a really great promotional event that is good in the summer but this year with the pandemic and sales being down, it is really hard to justify the higher fees that go in with it,” said Henry Song, owner of Bouk Fresh Korean Kitchen.

Restaurants who chose to be part of the festival were required to make the commitment last December.

“The biggest things for small businesses like us is that I have to give you that money in advance,” Song added.

The decision to not commit to the downtown event was based off of financial uncertainty. For Song, he says his restaurant’s revenue has decreased by approximately 30 per cent.

“How do you commit to that?” Song said. “How do you know what the summer is going to look like?”

Amsale Sumamo, owner and chef of Langano Skies, said it was difficult to make a decision on whether or not to participate in the festival during the height of the pandemic. Despite the festival being a good promotional opportunity for the Ethiopian restaurant, she said it was too difficult to decide months prior.

Despite the decision for some restaurants not to participate, the festival is completely sold out for restaurant and food truck partners. There is currently a wait list for the 2022 event.