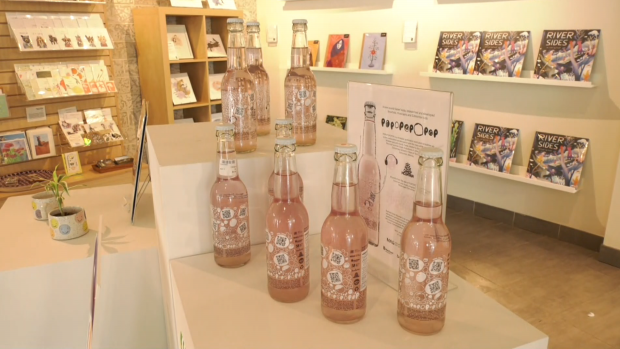 EDMONTON — A special soda has been created by a group of youngsters in Edmonton.

With the help of their music teacher, Melissa Andrews, a class of Grade 6 students at John A. McDougall created a soda with musical elements.

“I was approached a year and a half ago by Big Rock Candy Mountain, who are two artists – Hannah Jickling and Helen Reed, based out of Vancouver,” said Andrews. “They were looking to partner with a school in Edmonton to bring a project to life that would be using junk food elements and be completely student based.”

Combing the junk food products with sound, Andrews said her students decided to create a soda that featured music and narrations.

“Our students were able to work with many different musicians and artists – some local and some students from MacEwan University and even international artists,” she said.

The students attended weekly virtual workshops where they had the opportunity to learn about the different sounds soda can make.

“They took those sounds and put them in a composition using a recording program,” said the music teacher.

Each bottle contains four QR codes linked to a “pop-cast” – a narration from the students on their journey of co-creating the drink along with sound-tracks from various artists.

The soda has a bitter-sweet taste that resembles sour candy.

“The flavour, I would describe it as Sour Patch Kids,” he added.

The soda is available for purchase at TIX on the Square, Hideout Distro, Habesha African Market and Coffee Bureau.