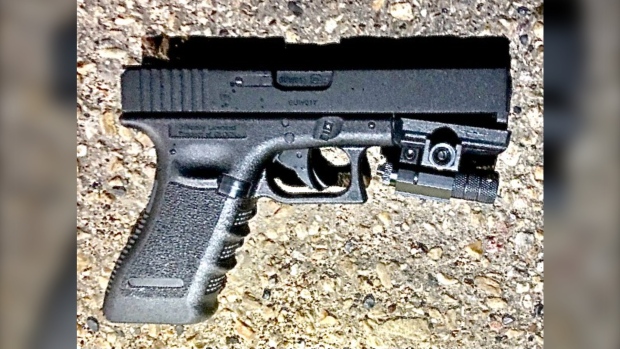 EDMONTON — The Alberta Serious Incident Response Team (ASIRT) is investigating a shooting that killed a 43-year-old man who was carrying an imitation firearm.

In a statement, the police watchdog said it had begun preliminary investigation into an incident that occurred Tuesday night when Edmonton police responded to a south Edmonton hotel after reports of a man slashing and shooting at tires in a nearby parking lot.

Police received the initial call after 9:30 p.m. Hotel staff told police that the man left the hotel parking on foot and proceeded eastbound across Gateway Boulevard.

ASIRT says police encountered the man at approximately 9:46 p.m. as he was walking southbound in the middle lanes of Gateway Boulevard.

The man was observed by police to be carrying a dark object in his right hand, ASIRT said. He was approaching tactical vehicles but as officers exited he ran northbound, away from police.

“Near Gateway Boulevard and 56 Avenue, events occurred that resulted in officers discharging their firearms,” the police watchdog said. “The man was struck and fell to the ground, having sustained critical injuries.”

According to ASIRT, police provided medical care until EMS arrived and took over, but he ultimately died on scene.

“A critical part of ASIRT’s investigation will focus on what happened at the time the officers discharged their firearms. Although these events were captured on Air 1 video, no additional information will be released until any and all available witnesses have been interviewed, so as not to compromise this evidence.”

ASIRT believes hotel video shows a possible confrontation between the man police fatally shot and at least one other person in the hotel’s parking lot prior to the incident involving EPS.

Anyone with information about the incident or who witnessed aspects of the police event is asked to contact ASIRT at 780-644-1483.