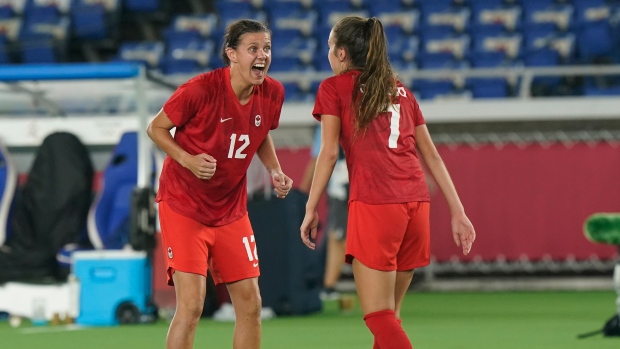 YOKOHAMA, JAPAN — The Canadian women’s soccer team is celebrating an Olympic title at the Tokyo Games.

Canada defeated Sweden 3-2 on penalty kicks to win the gold medal after the teams finished extra time tied at one.

Sweden’s Stina Blackstenius opened the scoring in the 34th minute but Jessie Fleming equalized from the penalty spot in the 67th minute.

Canada won bronze at the 2012 London Games and finished third again at the 2016 Olympics in Rio.