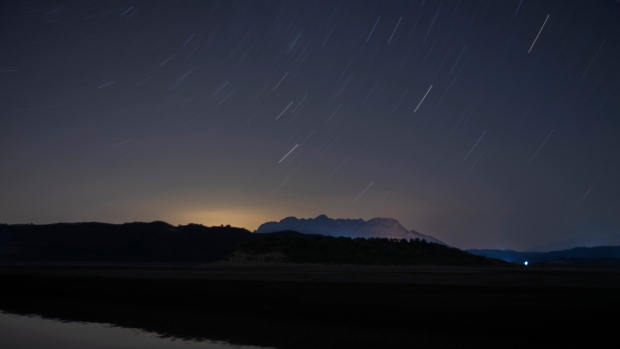 TORONTO — Sky-watchers should be on the lookout this week as the Perseid meteor shower is expected to dazzle the sky as it peaks on Wednesday night.

NASA says the Perseids are considered “the best meteor shower of the year.” At its peak, up to 100 meteors per hour can be seen, making it one of the most plentiful showers.

These meteors consist of debris originating from the 109P/Swift-Tuttle comet, which completes an orbit around the sun every 133 years. They speed through at 59 kilometres per second, often causing colourful fireballs as they burn in up in Earth’s atmosphere.

The best time to view the Perseids in the Northern Hemisphere is between moonset and dawn, according to the Canadian Space Agency (CSA)

For the best viewing experience, the CSA recommends heading towards the countryside, as the city lights can make it hard to see some of the fainter meteors.

If you need to bring a flashlight with you, the CSA also suggests placing a red filter over the light, such as a red balloon, as white light may compromise your night vision.

The weather may pose another challenge in some parts of the country. Environment Canada is expecting clouds and the potential for rain on Wednesday night in most of Atlantic Canada, Southern Quebec, Southern Ontario, parts of Alberta and much of Yukon, the Northwest Territories and Nunavut. However, clear skies are in store for much of British Columbia, Saskatchewan and Manitoba.

If you can’t catch the Perseids in your location, NASA will also run a livestream of the meteor shower from 11 p.m. to 6 a.m. EDT. on its social media platforms.

The Perseids will remain visible until around Aug. 24. The next meteor shower to watch will be the Draconids, which will appear in October.​