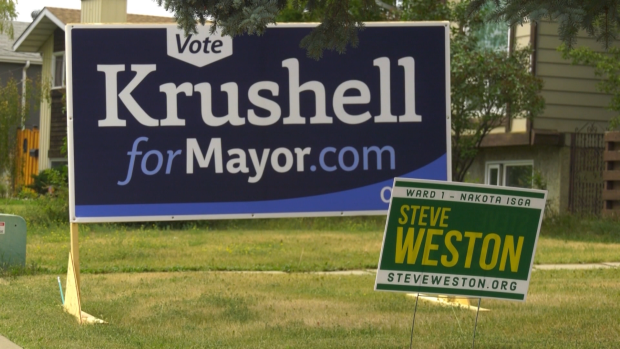 EDMONTON — The Alberta Urban Municipalities Association (AUMA) is promoting a pledge ahead of the fall municipal election in the hope of keeping them local and non-partisan.

The AUMA, which represents municipal leaders throughout the province, created the Local Democracy Pledge. It asks candidates to follow four principals:

“There are a lot of important and sometimes very complex issues at the local level that we need the opportunity to discuss and have people ask their candidates the right questions,” said Barry Morishita, the mayor of Brooks and the president of the AUMA.

“When there’s a lot of other noise it’s hard to do that.”

One of the things the association hopes to foster is greater cooperation between members of councils, even when members have opposing views.

“Good ideas don’t come from one place, they come from all over… if you’re part of a slate or backed by a pack that expects you to vote a certain way on certain issues, I think that’s extremely detrimental to local democracy,” said Morishita.

“We all have biases and those are fully recognized, we’re not trying to discourage people’s perspectives, what we’re trying to do is make sure they come to the table with an open mind.”

The AUMA also wants to keep disrespectful behaviour, which it has seen at the provincial and federal levels across the country, out of the municipal level.

“(It doesn’t) provide any opportunities for solutions on what the issue is and that’s what we should be concentrating on,” said Morishita.

“We think the municipal level of government is the most accountable, it’s closest to the people and it is, I think, the most collaborative and we want to maintain that.”

The province does require candidates to disclose information on donations their campaigns receive, which the AUMA agrees with, according to Morishita.

“But they don’t have to do it until March,” said Morishita.

“If they (candidates) can disclose prior to the election, in a draft form, some of their contributors and how they’re spending money, we think that helps… and lets people know what we’re doing.”

Morishita added that the goal of the pledge isn’t to be a political tool, it’s just there to help candidates and voters.

“It should be an earnest, thoughtful consideration for how to conduct yourself,” said Morishita.