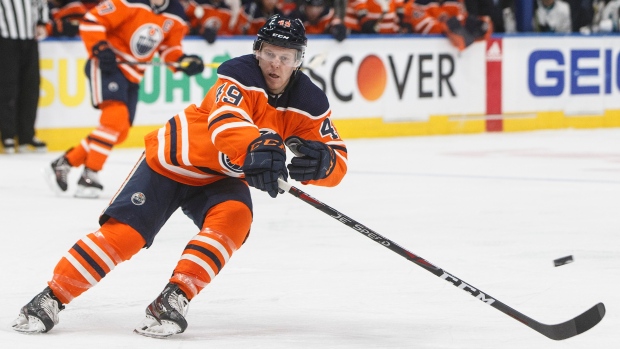 EDMONTON — The Edmonton Oilers have signed forward Tyler Benson to a one-year contract worth $750,000.

He’s appeared in seven games for the club and split the 2020-2021 season with GCK Lions in Switzerland the Oilers farm club in Bakersfield, where he finished third in scoring among all American Hockey League players.

Benson was born in Edmonton and played his junior hockey with the Vancouver Giants.

He will need to clear waivers ahead of the upcoming season.