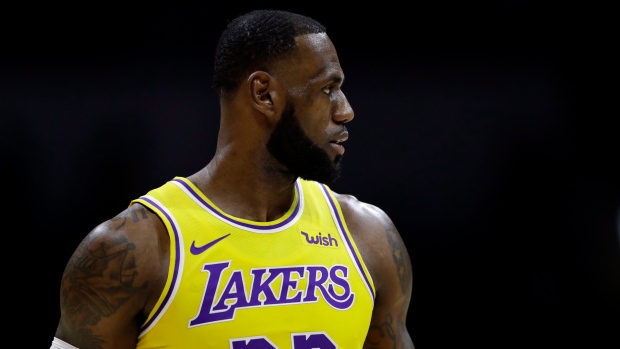 EDMONTON — The kindness of a north Edmonton community caught the eye of NBA superstar LeBron James.

On Tuesday, Anthony Muobike received a hoop and basketball from Canadian Tire and a $750 Sport Chek gift card from his community after a neighbour noticed the 14-year-old would always dribble and shoot into the air without a net.

A surprised and thankful Muobike told CTV News about his big dreams after he had what he needed to practice.

“You’ll see me out there, in the NBA, that’s where you’ll find me.”

A guy who knows a thing or two about the NBA believes in him, and showed love to Edmonton’s north side.

“This is pure and beautiful. That community is amazing. Nobody can fulfill their dreams alone,” James, a four-time NBA champion and four-time MVP, wrote on Instagram.

“Anthony keep working kid. You have another fan in me.”