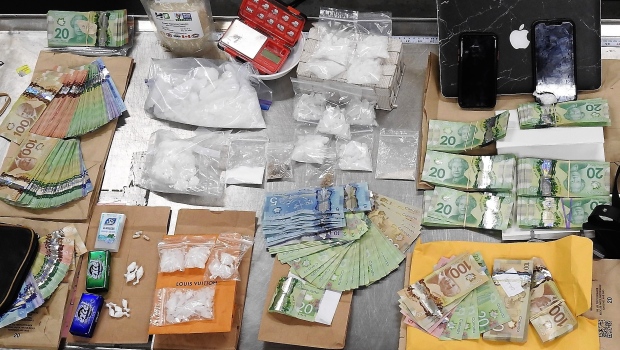 EDMONTON — Police in Edmonton seized more than $117,000 in illegal drugs and cash after a month-long drug trafficking investigation.

In a news release sent Saturday, the Edmonton Police Service said it initiated an investigation into two individuals after receiving tips from the public about suspicious activity involving potential drug deals occurring out of a vehicle in the Brewery District.

On Friday, officers executed a search at a residence in the area of 117 Street and 105 Avenue, as well as a nearby Honda Civic resulting in seizures of drugs and cash.

The drugs are estimated by police to have a street value of about $78,000.

Anthony Deng-Truong, 24, and Alyssa Deng, 20, face charges of possession of proceeds of crime and two counts of possession for the purpose of trafficking.