Sixteen-year-old Caleb Reimer died after the car he was in crashed into a tree.

Officials say all three of the vehicle’s occupants, including Reimer and two other hockey players, Ronin Sharma and Parker Magnuson, were declared dead on scene.

Police, along with Emergency Health Services and the Surrey Fire Service, responded to reports of a crash in the Fraser Heights neighbourhood at about 2:47 a.m.

Surrey RCMP did not release the names of the victims but confirmed they were all boys between the ages of 16 and 17 and that their families had been notified. 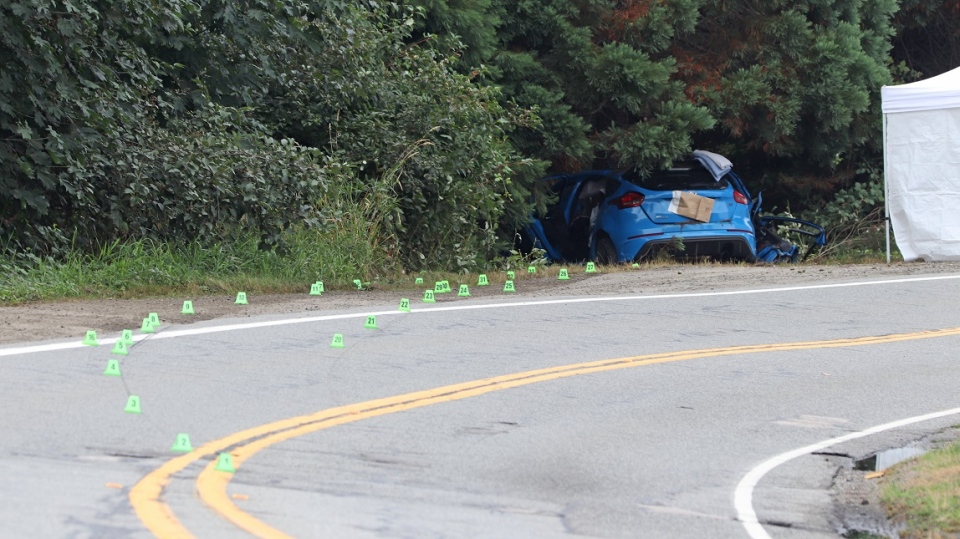 Reimer signed with the Edmonton Oil Kings in 2019 and attended their virtual U-17 camp last summer.

He came off a successful first season in the Western Hockey League (WHL), and was noted as one of the breakout players on the team’s roster during their 2020-21 Central Division Championship season.

In 19 games with the Oil Kings, Reimer recorded three goals and two assists.

“I want to express our deepest condolences on behalf of the entire Edmonton Oil Kings organization to the Reimer family and to the families of Ronin Sharma and Parker Magnuson,” Hill said in a statement.

“Caleb was a young man with a bright future both on and off the ice.  He was a person that you loved to be around, he was a great teammate and a great friend.”

The Surrey, B.C. native was selected by the Oil Kings in the first round, 18th overall, in the 2019 WHL Bantam Draft.

“I will never forget the first phone call we had the day we drafted him to the organization and the excitement of Caleb on the other end of the line,” Hill added. “We will all remember his first WHL goal at the DCA (Downtown Community Arena) and the pure joy and excitement that followed in his celebration with his teammates.

“We will truly miss having Caleb in our lives each and every day.  He was part of our family and will be a tremendous loss in all of our hearts.”

Before signing with the WHL team, Reimer played as a forward at the Delta Hockey Academy in Delta, B.C. for three seasons, posting 35 points, including 17 goals and 18 assists in 36 games.

The Oil Kings said it would be providing support to Reimer’s family and team members.

The investigation into the accident continues.

With files from CTV News Vancouver and The Canadian Press