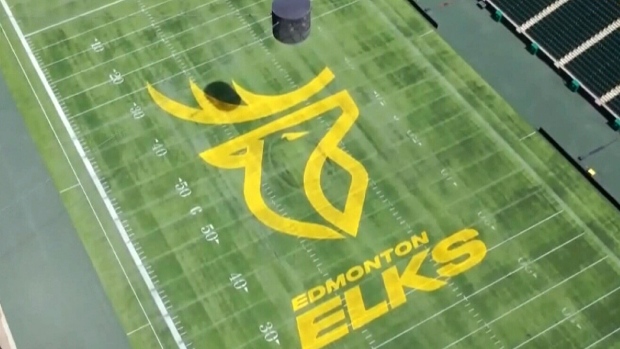 EDMONTON — An upcoming CFL game between the Edmonton Elks and Toronto Argonauts has been postponed after Elks players tested positive for COVID-19, according to the CFL.

The league said it received work Sunday that “a number of Elks players have tested positive,” but it did not say how many.

The Elks had announced earlier Sunday that the practice scheduled for the day was cancelled, but did not provide a reason. Edmonton had received on-and-off showers throughout the day.

The Elks will not be able to hold practice or travel until the chief medical officers and public health officials in the CFL give their approval.

“All of the Elks’ Tier One personnel, including players, coaches and support staff will now be subjected to an enhanced testing protocol, which includes isolation,” said the CFL in a statement.

The CFL added the B.C. Lions, the Elks’ most recent opponent, will have enhanced protocols and be monitored closely this week. The league does not believe the Lions’ were “exposed to a high risk of infection.”

The league said it is working to reschedule Thursday’s game between the Elks and the Argonauts.

“We know this is disappointing news for CFL fans, but we are confident they will overwhelmingly support our decision to put safety first,” added the CFL in the statement.