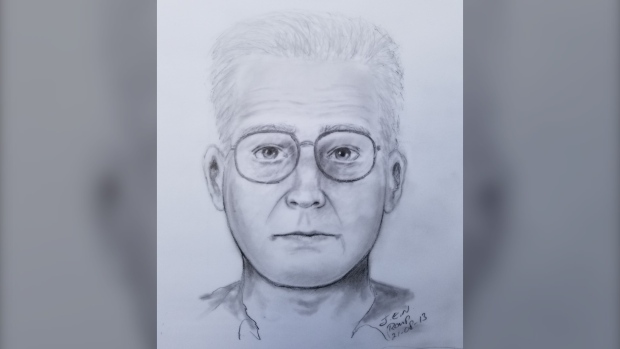 EDMONTON — Blackfalds RCMP have released a sketch of a man who reportedly told a seven-year-old girl to get into his vehicle.

Mounties were told the man approached the girl on Aug. 9 on Blackfalds’ Oak Street between 6 p.m. and 8 p.m.

The child ignored him and went home.

He was driving a red SUV or pick-up truck and wearing glasses and a blue button-up shirt.

The child said he had darker skin, brown eyes and an accent.

RCMP noted the sketch is similar to a sketch of a man who offered to pay a 13-year-old near Calgary for sex, but said investigators “cannot confirm whether these two incidents are connected, however we do acknowledge that there is a resemblance between the two composite sketches of the suspects.”