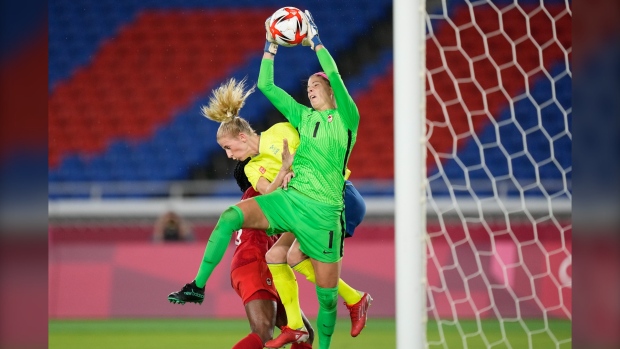 Goalkeeper Stephanie Labbe, whose penalty shootout heroics helped Canada win gold at the Tokyo Olympics, is expected to undergo a medical Thursday and sign a two-year contract with Paris Saint-Germain.

A source, granted anonymity because the deal had yet to be made public, confirmed the move.

PSG lost its No. 1 ‘keeper, Chilean international Christiane Endler, to Lyon in June.

Labbe is represented by A&V Sports, which also looks after Canadian star defender Kadeisha Buchanan among others. Buchanan plays for Lyon, another French powerhouse.

This report by The Canadian Press was first published Aug. 26, 2021