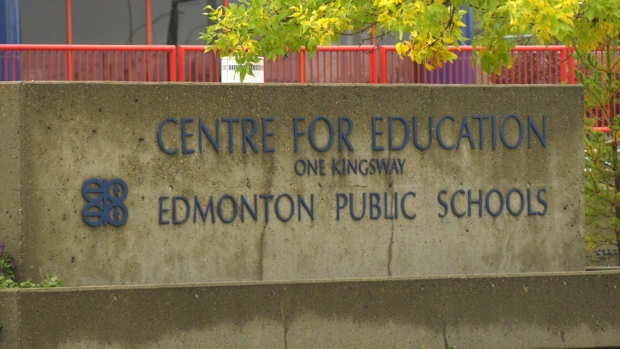 EDMONTON — The Edmonton Public Schools Board will consider renaming one of its schools and creating a new committee to review the existing inventory of names at its next meeting this Tuesday.

Two motions are slated to be presented to the board overseeing the second largest school division in Alberta regarding the naming of schools.

The first will be to request a change to the name of Prince Charles School in the north side of Edmonton. The K-6 school offers full-day kindergarten and the Awasis language and culture program, which serves the needs of urban Indigenous students.

“Many staff, family, and community members have been writing the Board to request a change to the name of Prince Charles School to better reflect the students and teaching happening in the school,” Trustee Shelagh Dunn said in the recommendation report for the motion.

The majority of students attending Prince Charles are First Nations, Metis, or Inuit and Dunn said the current name does not properly reflect the culture and history of Indigenous students.

“Community conversations on school names in Edmonton Public Schools have highlighted the importance and power held by a name and the need for thoughtful, inclusive, and representative school names.”

The school was named after the Prince of Wales in 1953 who is slated to be the next in line for the throne as the son of Queen Elizabeth II.

Should the motion pass, the district would commit to consult students, families, and staff of Prince Charles School, as well as community Elders and Knowledge Keepers to gather feedback.

The second motion the board is to consider includes creating a committee to review all Edmonton public school names and inform a future renaming policy for the district.

In 2017, the board passed a motion to research and create a renaming policy. The board at the time ultimately did not pursue the project.

Trisha Estabrooks, board chair, proposed the motion and said in the recommendation report that while the district successfully renamed two schools in September last year, a coordinated approach to renaming schools should be created.

“The renaming of schools is an important part of becoming a more anti-racist and equitable school division,” Estabrooks said. “Students must be able to see themselves reflected in the namesakes of our schools.”

If the motion passes, a special committee consisting of students, staff, parents, and community members would be struck to create a policy draft on renaming schools and review all existing names. Two trustees and other individuals involved in anti-racist work would also sit on the board.

“Naming a school after someone is the highest honour the Board of Trustees can bestow upon an individual,” Estabrooks added. “Let’s ensure that the honour is still appropriate so that our students can walk through the doors of our schools feeling inspired, proud to be part of their school communities and feel a sense of belonging.”