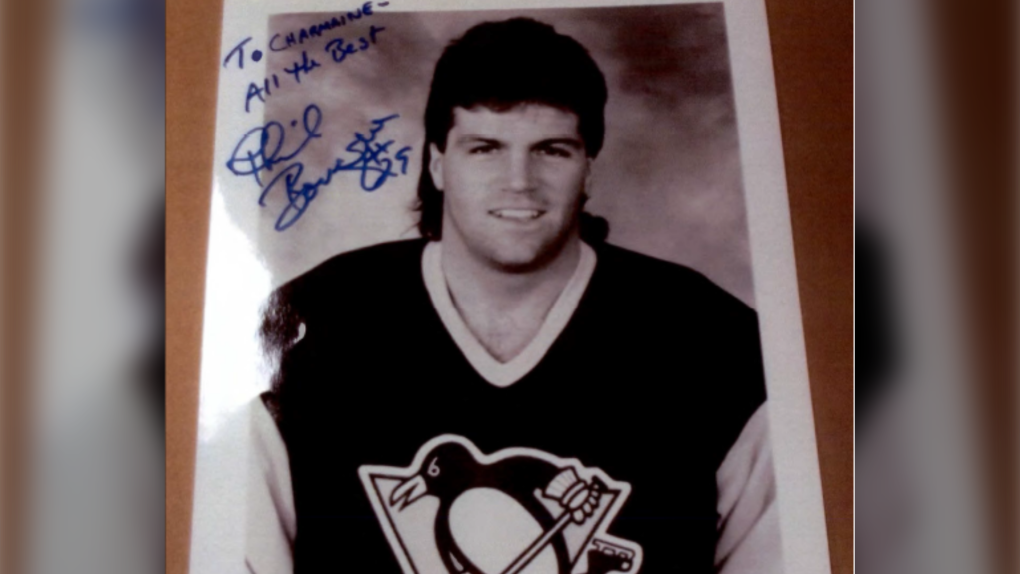 RCMP are searching for the owner of three autographed collectible pictures located during a stolen property investigation in June.

Strathcona County Mounties said in a press release sent Friday that all pictures have been signed: “To Charmaine.”

Police released a photo of one of the autographed images to help identify and locate the owner.

The one photo from the collection released by police was of National Hockey League (NHL) player Phil Bourque, who played for the Pittsburgh Penguins, New York Rangers, and Ottawa Senators.

Bourque joined the Penguins and initially played for their farm team, the Baltimore Skipjacks in the 1982 seaon. He made his NHL debut in 1983 and became part of the Penguins’ main roster four years later.

Prior to his NHL career, Bourque played two seasons in the Ontario Hockey League with the Kingston Canadians.