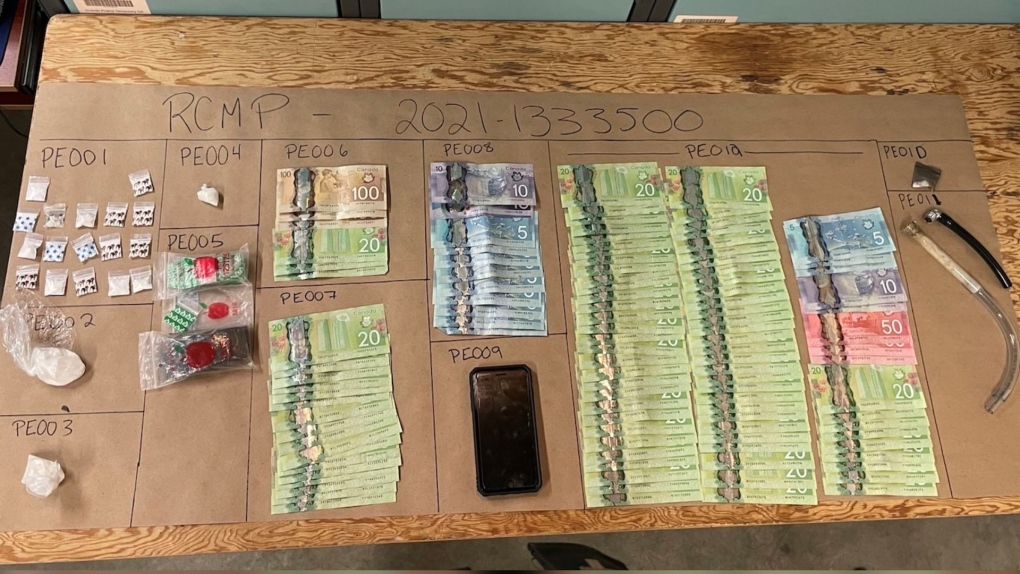 Cash and suspected drugs were seized by RCMP in Grande Prairie after a traffic stop earlier this week.

Mounties say they pulled over a driver in the area of 116 Avenue and 105 Street to perform a sobriety and driver documentation check on Sept. 6.

Police discovered the 33-year-old driver was wanted on three warrants and was arrested.

During the search of his vehicle and person, RCMP say they located what is believed to be 61 grams of cocaine, four grams of methamphetamine, numerous “small” plastic bags, and other drug paraphernalia.

Grande Prairie native Nicholas Berry faces two counts of possession for the purpose of trafficking and failing to comply with a release order.

Berry remains in police custody after a bail hearing and is scheduled to appear in Grande Prairie provincial court on Wednesday.