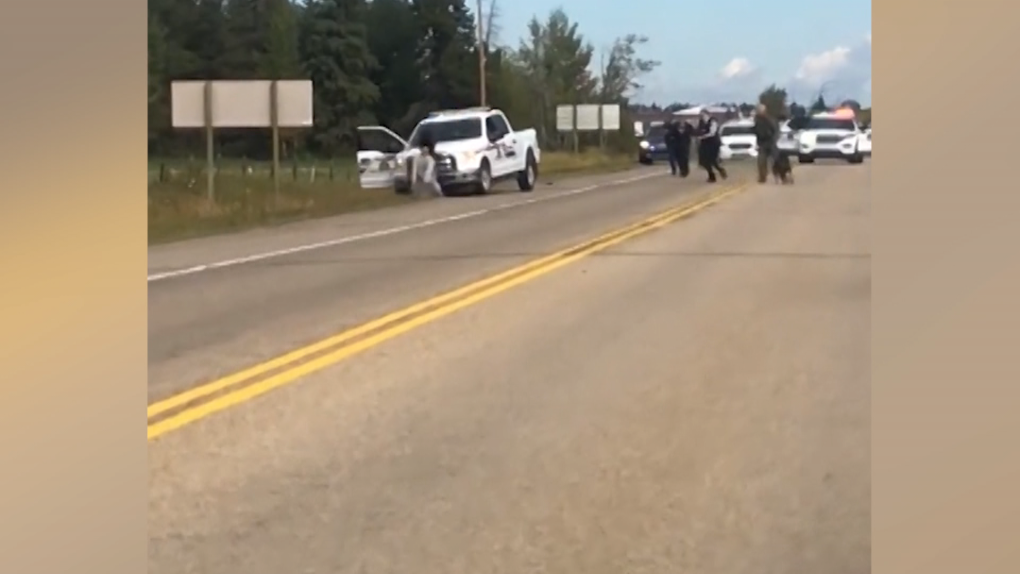 A man who was seen carrying a weapon and struck by an RCMP cruiser during his arrest south of Wetaskiwin has been charged with several offenses, including assault.

Abraham Harvey Whitebear, 35, from Ermineskin Cree Nation was arrested Friday after RCMP received a report of a man walking down Highway 2A with a firearm. During the course of the arrest, Whitebear was hit by a police cruiser because he would not drop the firearm, according to RCMP.

Whitebear was taken to hospital with minor injuries following his arrest.

“While in hospital, he attempted to escape, was combative towards officers and assaulted one of the police officers by biting them,” said RCMP in a news release.

Police added Whitebear was not injured in that incident and remains in hospital “due to concerns for his well-being.”

Whitebear had been charged with:

A court date for Whitebear has not been set yet, added RCMP.