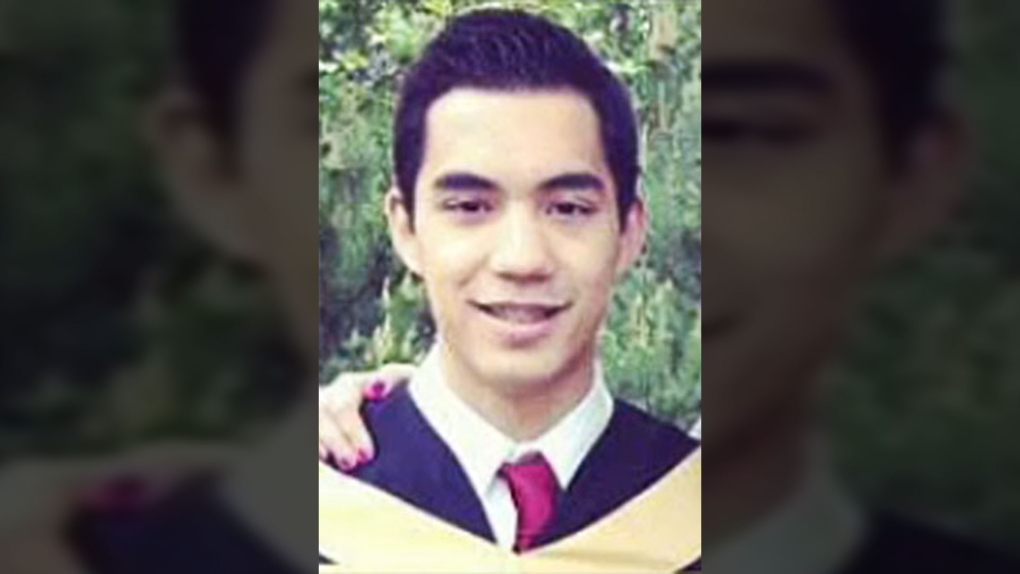 The Alberta Review Board has cleared the way for a mentally ill man who fatally stabbed five young people at a Calgary house party to transition to a group home.

Matthew de Grood, 30, was found not criminally responsible for the 2014 killings of Zackariah Rathwell, Jordan Segura, Kaitlin Perras, Josh Hunter and Lawrence Hong because he was suffering from schizophrenia at the time.

He appeared at his annual review hearing last month that assessed his treatment and whether he should be allowed any increased privileges or freedoms over the next year.

The review board released its decision on Friday.

It rejected an absolute discharge because it believes de Grood is “a significant threat to the safety of the public,” but is allowing him more freedoms at the discretion of his treatment team at Alberta Hospital in Edmonton.

The treatment team may also give de Grood passes of up to one week while accompanied by a staff member for the purpose of transitioning into a group home and approval for eventually moving into a 24-hour supervised home in Edmonton.

The board heard at the hearing that de Grood’s psychosis is in full remission and there have been no problems with him taking his medications.

De Grood’s trial heard that he was a university student who went to the party being held to mark the end of the school year. He attacked others there believing the devil was talking to him and a war was about to begin that signalled the end of the world.

He addressed the review board at the Sept. 8 hearing and said he was not asking for sympathy.

“I accept what I have done and I’m truly sorry. I just hope one day I will be seen as a person who is able to earn his way back into society. The weight of this tragedy bears heavily on my shoulders and has not lightened over time,” he said.

“I carry the shame and guilt with me 24-7 and will forever. I want to make amends in any way I can. I’m committed to managing my illness.”

This report by The Canadian Press was first published Oct. 1, 2021.