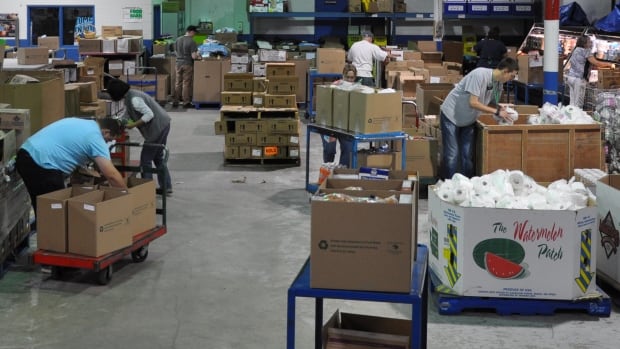 Edmonton charities and non-profit organizations are turning to 50/50 raffles to make up fundraising shortfalls exacerbated by the COVID-19 pandemic.

In a 50/50 draw, half of the money from ticket sales forms a jackpot for the winner, with the other half going to the group that organized the raffle.

Marjorie Bencz, the executive director of Edmonton’s Food Bank, said the charity is holding an online 50/50 again this holiday season to generate funds it normally attracts during events now made impossible by the pandemic.

“It was very unique for us to try to navigate, and continue to create interest in the community and awareness of our need for food and funds.”

Earlier this month for the first time, the Winspear Centre and Edmonton Symphony Orchestra (ESO), Art Gallery of Alberta, and Citadel Theatre collaborated to launch an online 50/50.

The maximum jackpot will be $100,000. Proceeds will be evenly split three ways since the Winspear and ESO are part of the same organization, said their vice-president of marketing and business development, Hanna Choi.

“It has been a very challenging year and a half for us,” she said. For example, Choi said, the Winspear Centre only reopened last month after being closed for a year and a half.

“The initiative is basically to keep the arts community alive in downtown Edmonton, and help support venues through this challenging time that hasn’t finished yet,” she said.

Alberta Gaming, Liquor and Cannabis (AGLC) has relaxed its rules in the past several years, and now allows Albertans to purchase tickets online for raffles with larger expected prizes.

The agency said from April 1 to November 23 this year, 59 of the total 243 licenses it issued to charitable organizations were for 50/50 draws. By comparison, in the past financial year, it issued 40 licenses — about on par with the previous two years.

The regional chapter of the Kidney Foundation of Canada recently finished its “Cash for Christmas” 50/50 draw in Alberta, awarding a prize of almost $62,000 last week.

While that is far less than the foundation’s $5-million target, executive director Flavia Robles said the charity already plans to hold another next year, in part because the draw boosted the foundation’s profile.

“Through the 50/50s, we reached people that had never heard about us before,” she said.

“They don’t know anything about us, just the enticement of being able to win half the pot. And so it also gives the general public a way to get to know us, see what we are about, know that they are helping for as little as five dollars.”

That extra attention, however, is balanced against the fact the charity only gets to keep half of the money from 50/50 ticket sales.

“We would love to grow our philanthropic support so we are able to keep 100 per cent of the proceeds,” Robles said