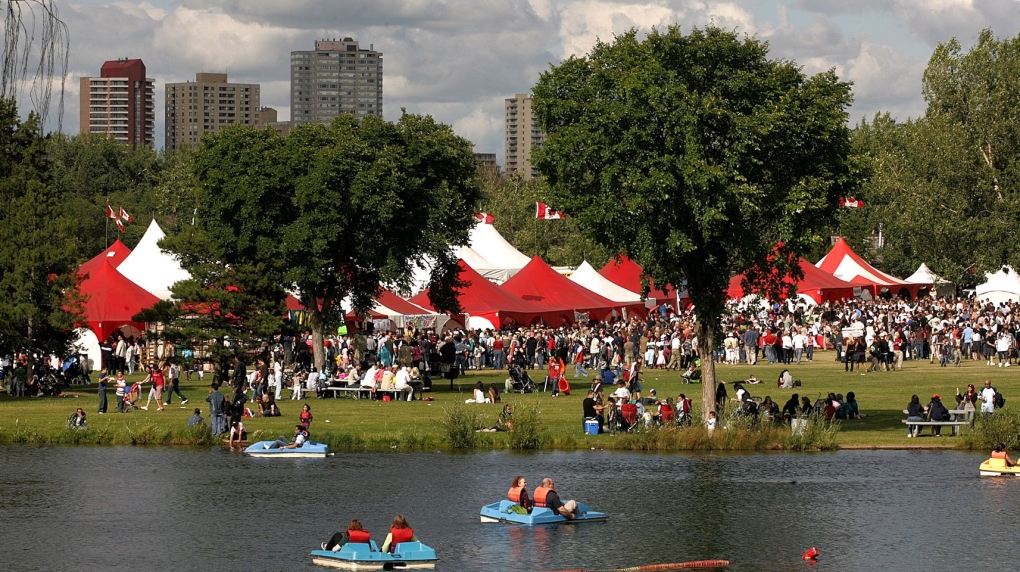 The leader of Edmonton’s Heritage Festival is pushing back against a city plan to close Hawrelak Park for three years for a massive rebuild.

The $65 million project was initially pitched as a 10-year-rehabilitation project, but festival executive director Jim Gibbon said the new plan is a complete construction closure starting in 2023.

The city’s plans include dredging the lake to improve water quality, upgrading picnic sites to make them more accessible, replacing the playground and adding lighting for security.

The Heritage Amphitheatre will also be updated including new washrooms, lighting and a reconfigured green room. Crews will inspect the seats to see if they need to be fixed or replaced.

About 47 per cent of the work will be on underground utilities, the city’s project page said.

Coun. Andrew Knack sympathized with Gibbon and other festival operators and called the park a “critical space in the heart of our city.”

He added that city staff plan to tour the site with event organizers to explain, but Knack worries a lengthy closure is unavoidable.

“I don’t want to see the festivals and events shut down, I’m sure our city staff don’t. So if there’s ways to do it, then we would have done it, but it doesn’t sound like there’s a way to do it, which is really too bad,” he said.

BORDEN PARK WILL NOT WORK: GIBBON

Gibbon said the city is recommending he move the festival to Borden Park.

But because it’s smaller and full of trees, Gibbon said they’d have to slash the amount of pavilions and people who could attend by about half.

“You can’t put Heritage Fest there. You just can’t.”

The festival has been in Hawrelak since 1976. Gibbon said not even the deadly 1987 Black Friday tornado stopped it.

“The tornado hit the Friday with all our tents set up, destroyed everything. Saturday the city, the province and Heritage Fest got together and rebuilt the entire event and we were up and running Sunday. We did it together,” Gibbon said.

Gibbon agreed the park needs work, but he worries a closure will force the festival to move permanently.

“There’s a history in this city of three-year plans becoming four-year plans,” he said.

He’s now appealing to city leaders to rethink the closure, and he said his organization will do whatever it can to help keep Hawrelak open.

“If we can just work together with the city, we can stay in our beloved park.”