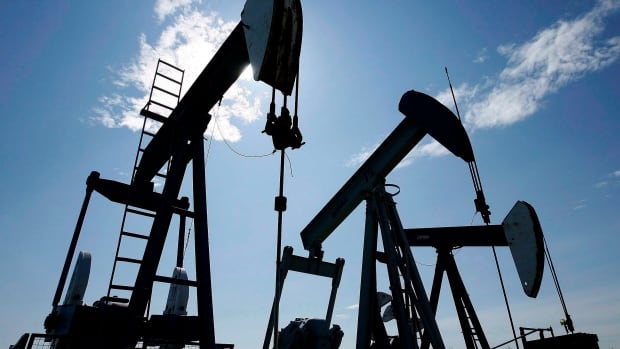 Alberta’s oil-and-gas fuelled economic recovery shows signs of continuing into next year, according to a new forecast from RBC Economics.

The report released Thursday predicts that Alberta’s economy will grow by 4.7 per cent in 2022 — behind only Saskatchewan’s 5.6 per cent — after tying Quebec for top spot with 5.9 per cent growth in 2021.

“Amazing what a rebound in global oil and gas markets will do to Alberta’s economy,” the report said.

He said that will drive down the forecast deficit this year to $5.8 billion — substantially lower than the projected $18.2-billion deficit for 2021-22.

The research firm says its optimistic forecast rests on several factors, including stronger drilling activity, new pipeline capacity and an expected uptick in capital expenditures in the energy sector — “though they will remain a fraction of what they were before oil prices crashed in mid-2014.”

There are also signs of growing strength in Alberta’s renewable energy sector, RBC says, noting 61 solar projects are underway and set to be operating by the mid-2020s.

“We believe Alberta is well positioned to attract more investments of this type and size in the years ahead,” the report said.

Alberta is still playing catch up, though, compared with most other provinces, the RBC report says.

The pandemic gutted Alberta’s GDP to the tune of eight per cent in 2020, at a time when the province’s finances had not yet fully recovered from the 2015-16 recession.

“So Alberta will take a little bit longer to fully recover from the pandemic compared to other provinces. And that is because Alberta was dealt a cruel hand and had to face plummeting oil prices at the same time as this unprecedented pandemic,” Freestone said.

The report notes the recent discovery of the omicron variant of COVID-19 “presents a downside risk” to its forecasting.

“There is a great deal of uncertainty surrounding the severity of the variant and the required intervention to stop its spread both at home and abroad,” the report said.

“Should additional restrictions be necessary, this would impact the trajectory of provincial output growth in 2022.”